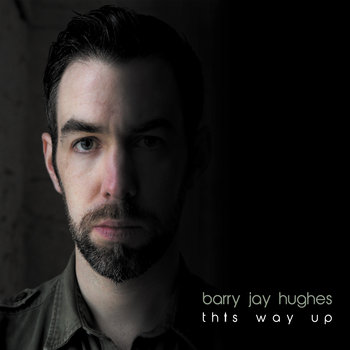 In a short space of time, I’ve come to know Barry Jay pretty well.  Through my twitter profile @Musicwand, was where he contacted me to check out his on-line profile and links to his music and live performances.  I watched, I listened, I was very impressed and I wanted to hear and see more.  There was a vibe coming from You Tube where I felt I was in the venue with the audience and that’s a key to knowing how good a live act can be.  He’s a folk/rock artist that can bring it loud and raw on guitar and then soft and soothing on piano.  Upon further research he has supported Irish artists Paddy Casey, Gavin Glass, Hudson Taylor and Jack L much to his credit.  He hails from Monaghan, a county that has brought artists such as Ryan Sheridan and Grainne Hunt to the industry and to the world.

It was time then to meet Barry at the monthly rothar sessions in Dublin at the end of August via new music friend, Rachel Masterson (Rach Writes Stuff, Ceol Caint). There is such a laid back atmosphere at the rothar sessions with no PA system in place, just the artist’s voice and their instrument are depended on to provide the sound in the room and they certainly do.  (Kudos to Keith McLoughlin for setting it up and giving so many Irish artists an opportunity to perform).  Barry was last up to perform, singing tracks from his debut EP ‘This Way Up’ and a cover of ‘Georgie Boy’ by Jack L.  Throughout his short set, the strength and confidence of his bass tone and delivery was spine tingling, even the folks out on the street were stopping to look in the window which didn’t surprise me.  I definitely wasn’t sitting at my laptop watching You Tube.  This was the real deal and I had to think does he even need a microphone or a band, well almost a month later I was going to find out.

The Little Blue Room is another monthly showcase based in Longford.  It is volunteer run by local videographers and musicians and I suggested Barry as an act for their September gig.  As the gig is filmed, I was asked to interview Barry beforehand.  I based the questions on how he became involved in music, the career decision, influences and experience to date.  You know he was born to do this, the certainty, the positivity and his drive were so obvious and his take on how far he has come and where he’s going was refreshing and honest.  For the gig, Barry was joined by another musician playing bodhran and flute and this time there were microphones!  I stood at the back of the venue to survey all that was about to happen from the stage to the floor, to the walls and the ceiling.  From the start it was what I had expected and more to the very end.  Mixing it up between his originals and covers and with the new musical arrangements by his side, Barry had the audience in the palm of his hand.  At the end of each song the claps and cheers were getting louder and much deserved for such a crowd pleasing artist.  Midway through the set, a guitar string decided to break and in record time he had it replaced whilst continuing to talk to us and keep the momentum going.  His covers included ‘Georgie Boy’ as it’s on his EP, ‘Stay’ by Grainne Hunt whom he knows well and as he said, he wished he had written that song and the moment of the night ‘Guiding Light’ by Foy Vance, where we were invited by him to share in the chorus much to everyone’s delight.  Other very worthy mentions are ‘Falling Moon’ which he performed for the first time live on guitar, ‘Medieval City’, ‘One Pedal Down’, ‘This Way Up’ and ending the night on a raw, powerful high with ‘Judgement Day’.  Barry is still promoting the EP ‘This Way Up’ and playing live all around the country so please go and see this guy, you will not be disappointed and you will love his voice, his words, his presence, his musicianship.  A unique talent that I haven’t seen in a male solo artist for a long time.  This guy is in it for the long haul.  I will always look forward to seeing him live.  Good night Barry and thank you!