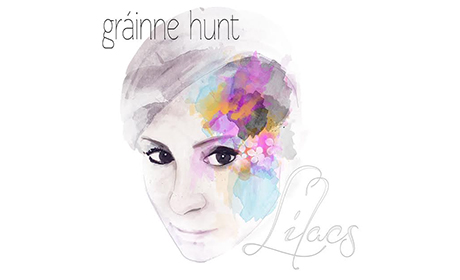 Grainne first popped up on my radar about a year ago.  She performs live regularly with another Irish folk stalwart Mark Geary and they’ve both toured here, the UK and Europe together and more recently with Glen Hansard.  In a previous post I mentioned Grainne with reference to Monaghan as the county that has brought us Ryan Sheridan, Barry Jay Hughes and her to the industry and as I had already seen these guys live, Grainne was definitely high on my gig list.  And no better place than the Rothar Sessions set last month.

Performing tracks from the new album, a few covers and of course her classic ‘Stay’, (Barry Jay wishes he wrote this) she was on top form vocally and personally.  She is certain of who she is and has great confidence in presenting her work.  That performance and the live tracks on this album have proven that she has made her mark on the live stage and is a very engaging performer.  Her voice is a welcome relief, her accent and diction are her own and I would place her high in the league of Irish female singers who have held and continue to hold these tools of their own musicality e.g. Mary Black, Sinead O’Connor, Dolores O’Riordan, Andrea Corr and Wallis Bird to name but a few.  She is in good company.

There are 9 tracks on this album, 6 studio recordings and 3 live versions of ‘Lilacs’, ‘Low Tides Rising’ and ‘The Words of it All’.  There are a lot of emotions running throughout the tracks but it’s not an emotional album.  The overall message that I got from it was one of hope and healing, powering on with acceptance and time on her side.  Each track has its own feeling towards the subject matter and she deals with them in her well crafted arrangements and lyrical style.  Overall it’s a really good body of work and none of the tracks are overdone or trying to be something they’re not, especially the live tracks.

‘Firing Pin’ the opening song and track 3 ‘Chances’ are radio ready tunes.  The melodies are upbeat and the tempo is just right.  The lyrics are telling us what’s been going on.  Also very worthy of radio airplay is track 5 ‘No Way I’d Go Down’.  It’s feisty and takes it up a gear, this is a mood changer and her sentiment is clear, she’s not giving up.  The choruses are catchy and memorable in these songs and Grainne proves that she can folk-rock it up a little and make them attentive.  ‘Lilacs’, ‘Low Tides Rising’ and ‘The Words of it All’ are tracks 2, 4 and 6 and as previously mentioned, the live tracks of the album.

The feelings are deeper in these songs and the musical arrangements are sympathetic to the lyrics and the compassionate voices performing on these tracks, both lead and backing vocals.  ‘The Words of it All’ is a strong ballad with just one instrument, it packs a punch and the live version is just as haunting due to the echo background of the room.  ‘Lilacs’ has wonderful imagery and with it the acceptance that things change even when we don’t want them to.  ‘Low Tides Rising’ has a healing element to it as she is reaching out and willing to help and listen, again she’s not giving up.  It’s my favourite of the 3 live song performances and the album itself.  It has the crowd pleasing factor of a repetitive chorus that you want to sing all night and not ever leave the room.  Grainne Hunt won’t be leaving this room for a very long time to come.

The album launch date is Fri Oct 30th in The Chocolate Factory, 26 Kings Inn Street, Dublin at 8pm.  Tickets are available through eventbrite.ie