Eoin Boyle – ‘Tear Out This Heartache’ Video and Single 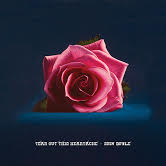 ‘Tear out this Heartache’ Single Cover

The music business has always been an audio and visual industry, nothing new there.  But as vital as it is for a hit song to get continuous airplay and win awards, the song’s video has become a necessary part of the artist’s promotion for the song and the artist too.  We’re watching the artist singing the song, their body language, their appearance is all there to be seen and not just the voice and music we only hear as an audio work.  Nowadays, videos are like mini-movies and are going deeper into the layers of the songs.  The imagery, locations, graphics and lighting reflect the mood of the song which then projects the artist and the song into the virtual psyche of our modern world.

‘Tear out this heartache’ is a great production and it embodies all of the above that I’ve just mentioned.  At the start in the background is the hustle and bustle of a modern day city street, doing its thing as usual.  It’s unaware of the isolation Eoin is dealing with when we first see him in a dim-lit room performing the opening lines.  It’s a good contrast.  When we see the dancer getting ready to take her place on the dance floor, it’s timed perfectly with the rhythm of those opening lines.   She too is on her own and now both of them are performing the song.   Eoin is the vocal, the verbal expression of the subject matter he’s singing about.  The dancer is a symbol. She is the physical expression of Eoin and the subject matter he’s singing about.  Her moves and lines are elegant and not forceful in any way, just like the lyrics, there is no ill-will to the subject despite the hurt that has been felt.  The pace of the video and the imagery of them both is very well directed from start to finish.

Eoin is a unique vocalist, I can’t compare him to anybody which I guess is a good thing.  He shows us his credible vocal range throughout the song.  He places himself in the genre of Electro which I agree with, his style is really fresh.  The musical arrangement is really good here too and it’s not over produced.  It builds alongside the story of the song and is enhanced by the backing vocals.  It’s definitely a feel good song.  It’s one of those crowd pleasing songs that could go on forever at a gig or festival slot.  It carries very well, a good radio song.

Eoin is new to me and I hope his profile keeps rising as I look forward to hearing more from him.  I wish him every success for his future, he is definitely one to watch.