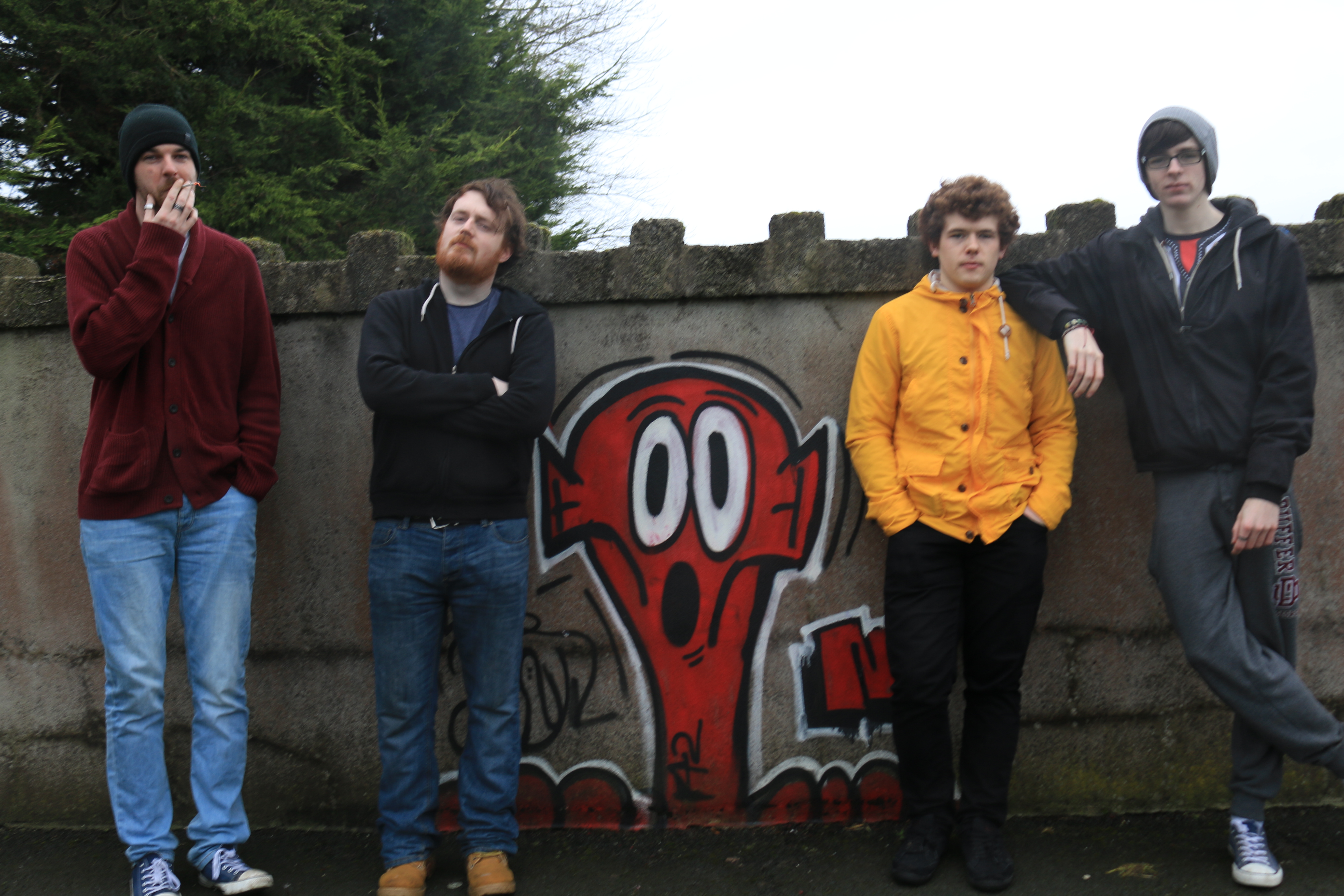 Small Fish are Paddy Carroll, Tony Forest, Dan Butler and Dan Matthews.   Four very unique singer-songwriters who formed this group over a year ago.  Combining their influences from the genres of alternative rock, grunge, classic rock and metal, they have become a very popular and much appreciated fresh rock act in their hometown of Thurles.

They have developed a live format with an array of original tracks and covers that is gaining them a steady local fan base.  Having attended their gigs in the past few months, I too have become a fan, so much so that I’m now their manager.

This is a band consisting of youth and experience.   What they all encompass and what leads to their appeal is their range and delivery of solid vocals and musicianship.  All four members are accomplished singers and they all play the same instruments.  They are equipped with their own PA and mini-desk with drummer and percussionist Dan Matthews, taking on the role as live sound engineer.  On stage as part of their format they switch around to demonstrate their versatility and variety of sound and style. This is what I appreciate most about them, they’re thinking outside the box.  They’re organised and well rehearsed.

As a unit, they write and record their own demos and these can be found on the links posted here.  The tracks that have gained much attention are ‘Lonely Sea’, ‘San Francisco’, ‘Early Riser’ and a rock steady show of reverence entitled ‘Something Fierce’  dedicated to “The Notorious’ himself, fighting out of Dublin, Ireland,  Mr. Conor McGregor”.  I can envision Conor walking out towards the octagon in the 3 Arena with all the swagger and sheer self-belief that he can muster.  The world-class athlete and humble showman that he is.  High on adrenaline, feet stomping, fist and flag waving in the air and motivational slurs echoed to the crowds, whilst this big sporting anthem is blaring out of the speakers in direct competition with the roaring patrons.  It’s been rocking out in my head for months now and has no intention of leaving either!

Their original works are very true to who they are but their cover versions have to be applauded also for inventive musicality.   A bluesy folk twist to ‘Folsom Prison Blues’ is contemporary and would make it a hit all over again.  ‘High and Dry’, ‘Lonely Boy’, ‘Buck Rodgers’, ‘Titanium’, ‘Another Brick in the Wall’, ‘Brewing up a Storm’ and ‘The John Wayne’ are very worthy efforts from this acoustic alternative rock unit.

For any band or artist it is vital I think that they get as much local publicity when they’re starting down their musical path.  After a year since they formed as a group you see the immediate response they get from the patrons when playing in their local bars.  They gather in a spot and stand to listen, they go up to them in between songs and utter a few requests and compliments, passing by they give a wave or a nod.  These are family, friends, friends of family, neighbours and colleagues all stopping by the local on a Saturday night to hear and support the local act.  The local heroes doing good.

Looking ahead there are plans for the production of their debut EP later in the year.  In the meantime the guys just want to get out there and gig as much as they can, everywhere they can, so I guess I better get cracking at that then.  Watch this space!