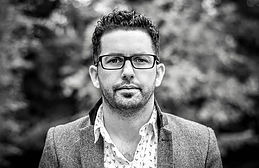 Valentine Black were one of those bands at the forefront of the Irish music scene, in the last few years.  Since the group disbanded, their former lead singer Peco McLoughlin, has launched his own solo career under ‘Live Loud Music Management’.  His first offering to bring to the music realm is this track entitled ‘Safe Haven’.

The opening sound and rhythm of the song denotes the theme of what I feel I’m going to hear.  It’s melancholic, reflective and haunting.  Is it about losses or regrets or maybe both? In the first verse we hear Peco’s uncertainty and disillusionment about his situation, the world outside and what to do next.  He’s sick of all the noise and he wants to feel secure again and not miss out on any opportunities.  Moving from the end of the verse and leading straight into the chorus is showing us that he needs this situation to get better now, he needs to make immediate changes as soon as possible.  The added volume to his vocal style in the chorus is echoing this like he is fighting for himself and the musical arrangement lifts to support him all the way.   As this flow continues to the end of the song, the subject matter gets emotionally tougher.  The walls need to come down and in some sort of ray of hope, he maybe seeing light at the end of the tunnel.

To answer my own question as to what the song is about, it is very much a story of loss and uncertainty.  The loss of his own identity, the loss of familiar sights and sounds he used to know in his city.  His lyrics are honest, impressive and hard hitting, the descriptive imagery had me right there with him.  I couldn’t be anywhere else if I tried.  The production value is solid to the meaning of the song and the musical arrangement is sensitive to the subject matter. Peco has an excellent voice, he brings his emotions to the right places in the song.  His range and style is fresh, contemporary, strong and steady.  He uses his undeniable skills of music and lyric writing to express what needs to be said and he’ll always have something to say; he’s an advocate and a leader.  There are echoes of Dylan and Jeff Buckley about him that are familiar and good to hear.

A contender for best Irish male artist that we will have for some time to come.

I wish him continued success for his career with Live Loud Music and I’m looking forward to hearing his debut EP ‘And so I arrived at the start’ later this year and seeing him live around the country during the summer.  Thank you Peco.