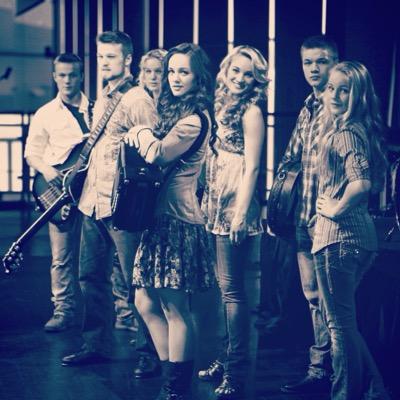 Life for the Willis family has never been what one might call normal. They have chosen to walk the path less travelled in all areas of life and their new studio album, Chapter Two: Boots, is the musical summation of their journey through the world of folk music with that Nashville countrified twist. Written, performed, engineered and produced by various members of the 14 person family, listeners will hear a top level record full of meaningful songs, striking harmonies, driving rhythms and soaring folk anthems as well as the stunning ballads they write so perfectly that rest like a captivating anecdote to the listener. ‘Boots’ is a mixture of original bluegrass and country tracks guaranteed to impress.

The band comprises of the oldest seven children: Jessica, on fiddle and lead vocals, Jeremiah, on acoustic and electric guitars and uilleann pipes, Jennifer, on accordion and mandolin, Jeanette, on whistle and dobro, Jackson, on drums and banjo, Jedidiah, on bass, and Jasmine, on keys.

Their latest CD is not the only exciting thing on the horizon for The Willis Clan. They broke out in a big way at the end of 2013 when they were named the TODAY show’s Sound of Music Family. This appearance led to an initial audition on the 9th season of America’s Got Talent with their cover of “A Few Of My Favourite Things” that has now garnered over 6 million views on YouTube. The video got the attention of TLC executives and a reality show centered on the family was fast-tracked and went into production the end of 2014. The first season of the show premiered in August 2015 in Ireland and the UK and will be on every Tuesday on TLC at 8pm GMT.

Last year, The Willis Clan travelled around Ireland in a sold out National Tour that included pit stops on Ireland’s National TV shows – TV3’s Ireland Am and The Saturday Night show on RTE Television. Including multiple interviews in National and Regional Radio winning over legions of new fans.

The Willis Clan’s first album, ‘Chapter One–Roots’, firmly established their credentials in the Irish music scene and was released in 2012 in tandem with winning the All-Ireland World Championships of Irish Music (Fleadh Cheoil na hEireann). This album won Celtic Connection Radio Album of the Year and made waves in the Irish/Celtic festival circuits where the Willis Clan quickly became one of the hottest and most sought after bands. Their second album, Chapter Two – Boots, showcases the effects of exploration into Nashville’s music scene, where the family relocated from Chicago in 2000, and developed a mixture of original bluegrass and country tracks. Appearances at the IBMA festivals in 2013 and 2014, and extensive runs at the theme parks Dollywood and Silver Dollar City propelled the Clan to a fan favourite in the bluegrass world.

The horizon is burning bright for this trailblazing family.