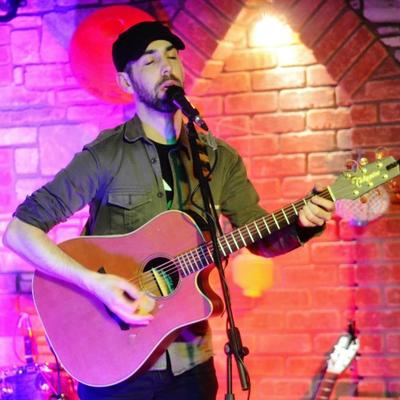 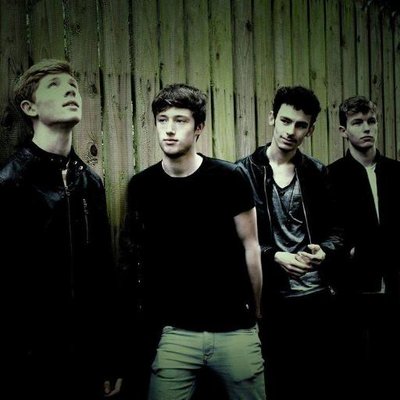 I’ve been looking forward to this one since the day he went into the studio to record it.

Barry is a phenomenal vocalist, musician and writer so much so, that when he brings it live in a solo capacity or with accompanying musicians, you better fasten your seatbelt!

Whenever an artist comes home to launch their new works, they’re inviting you in to their place, their front door essentially, just for you to see and maybe sense where any why they started down this road.  Family, friends, neighbours, colleagues and fans are all there and they bring a heightened energy of happiness and appreciation with them for the artist.

The venue was the Iontas theatre in Castleblayney, Co. Monaghan.  An ideal sized venue for an event like this with great technical amenities and very efficiently run.  As a fully seated event with the stage at floor level, it brought a much more intimate and laid back atmosphere to both artists’ performances than if they were in a regular music venue.  The audience’s attention was solely on them which gave it a very unique feel.

Fellow Monaghan natives ‘Litehouse’ kicked off proceedings.  An acoustic pop/rock unit supplying melodies and good rhythmic arrangements reminiscent of ‘The Kooks’,’ The Hoosiers’ and ‘Supergrass’.  A solid and steady performance by their lead singer, I liked his vocal range and he had a great stage presence.  The band altogether made their time on stage fun and energetic.  They were confident in showing us their musicality and skillsets with long intros to their songs and other covers.  They’ve been together over a year and are already creating an impact on the live Irish music scene, with their debut single ‘Black Cats’ making an impressive mark on the Irish music charts recently.  They are supporting fellow Dublin rockers ‘The Klares’ in Whelans on the 21st of July.  Most definitely, they’re ones to watch!

Joining Barry on stage was Canadian Meg Legrand, vocalist and violinist.  Local musician Gerard Farrelly on keyboard, cello, percussion and vocals.  Trad musician Kevin Meehan from Dublin on bodhran, flute and tin whistle. From start to finish, Barry brought the improvisation and creativity that embodies his performances and sells his showmanship.  Who needs a kick drum pedal when you can just stamp your right foot on the floor and even better when there happens to be a tambourine just lying about!  When it came to the arrangements of all the songs, his own and some very dignified covers, he was the conductor and the band were his orchestra.  Timing, pace, rhythm and delivery were polished and organised and they didn’t feel pressurised to perfection or over-rehearsed.

Notable and worthy covers of fellow native songstress Grainne Hunt’s ‘Stay’, Glen Hansard’s ‘High Hope’, U2 ‘Every Breaking Wave’, Declan O’Rourke’s ‘Children of ‘16’, Wallis Bird’s ‘Indictum’, firm favourite ‘Georgie Boy’ by Jack L, a singer he’s had the pleasure of performing with and a sincere gesture to his younger fan base ‘The Ballad of Oisin’ written by Don Mescall and performed by ‘Na Fianna’.

The best was yet to come with a blinding piano solo performance of ‘Nothing Compares 2 u’ and a very slick hip God damn chilled take of ‘The Way You Make Me Feel’, the final track on the EP.  Had the king of pop and the recently passed soul funk hero being in the building at the time, they would’ve had to sit back in awe and admire the maestro that was before them and us.  Maybe they were.  These influences are who he admires and he raises the bar of appreciation to them with very high and impressive deliveries.

With his own tracks, from a school memory called ‘Wonder Why’ to his current catalogues, Barry is a force of nature in full speed and splendour.  He is open and charismatic and his vocals are steady, reliable and simply astounding.  The more I write about him the more excited I am about him as an artist, writer, musician, storyteller, poet, performer and singer.  He’s an all-round, very dedicated entertainer and a very engaging crowd pleaser.  All four artists on stage gave us everything from their hearts and souls as they evolved into an energetic, high octane fuelled quartet of acoustic folk, trad, rock and blues.  With ‘Medieval City’, ‘One Petal Down’, ‘Crying Shame’ and ‘Full Circle’ he brings his physical and emotional expressions to the fore and the messages of the songs are concise and comprehendible.  This EP and the live gig are lessons in how to sell what you do and how you do it.  Ending the evening with a breathtaking, melancholic rendition of his single ‘Falling Moon’ on piano for the second time, he and his artists then leave us with a foot-stomping, heart-thumping farewell in the form of ‘Judgement Day’ both tracks from ‘This Way Up’.

‘Tried and Treasured’ was an EP worth waiting for.  Barry has delivered the goods again and with much more on this EP.  Before the man himself arrived on stage from the wings, we were treated to a projected VT introduction of his journey so far.  From nationwide stages to recording studios, radio stations to train stations and even outside the newly refurbished St. Mel’s Cathedral.  He will and he does perform at every opportunity that arises anywhere, not just at venues.  That’s what I admire about him most, his self-belief and diligence.  He hit the ground running long before the release of his debut EP ‘This Way Up’ last year and he continues to do so.  His profile is rising fast and he’s doing what needs to be done to remain steadfast in this business.  He’s more than ready for it all and he’s the real deal.  Barry is a formidable campaigner and a tireless hard worker.  His attention to detail is immense and it will always stand to him.  He’s in this for the long haul.  Ireland, make a huge note to self:  Barry Jay Hughes.