Heroes In Hiding – Single ‘No, You’re A Rabbit’ 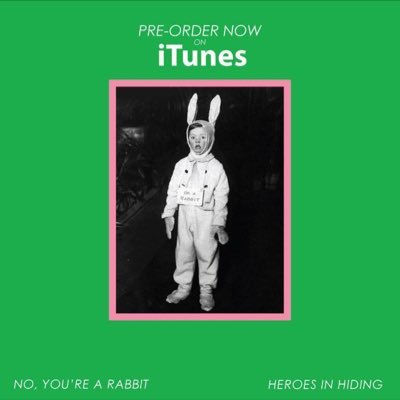 Heroes in Hiding are one of the most promising new indie bands in Ireland at the moment. Since the release of their debut EP “Hush” in 2014, the band have gone on to play festivals such as Forbidden Fruit, Castlepalooza, BD Festival, Life Festival, even securing a slot at Iceland’s Secret Solstice festival.

Following appearances at Whelan’s ‘Ones To Watch’ and a support slot with UK indie up-and-comers Coasts, Heroes In Hiding began work on their second EP in early 2015 enlisting the help of Kodaline and Miles Kane producer, Phillip Magee. Released that summer, the “Decorated Absence” EP was well received that lead to a coveted Electric Picnic appearance as well as sold out shows in The Twisted Pepper and The Opium Rooms.

The band have just finished work on their third EP, recorded in Windmill Lane Studios, with the help of Jack Dunne and Martin Quinn, which is due for an autumn release date. Lead single “No, You’re a Rabbit” is out now. Go!