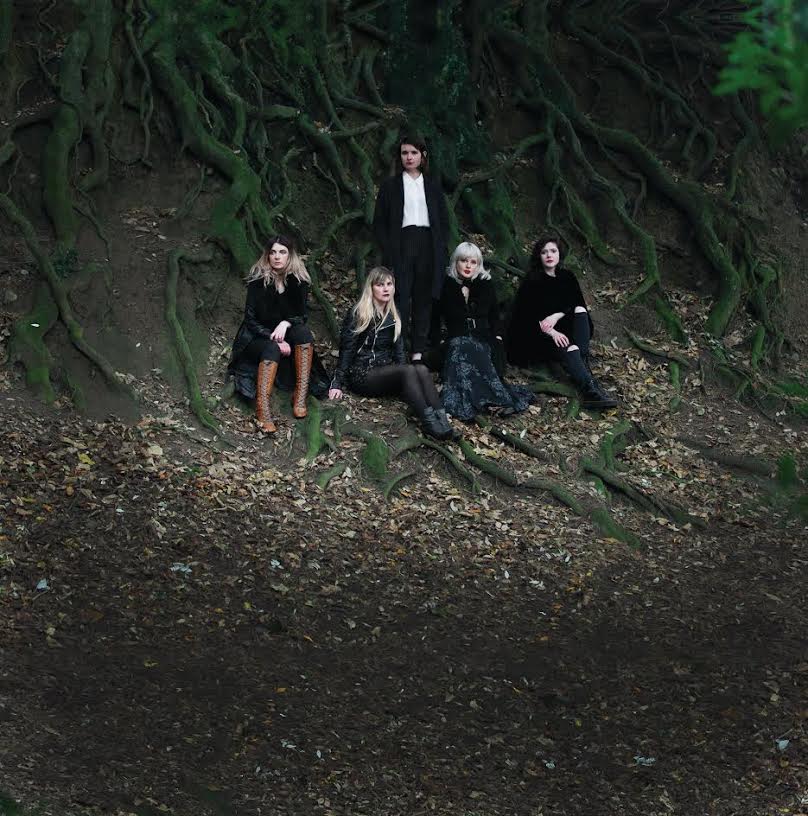 Dublin quintet September Girls return with an impassioned musical and political statement in their new album Age of Indignation, a title that succinctly sums up its inherent anger and restless dissatisfaction. The ten tracks bristle with atmospheric textures and dark-hearted noise, tackling complex subject matter such as feminism, religion and life in Ireland at this point in history along the way.

Formed in Dublin in 2011 and named after the Big Star song (by way of The Bangles), September Girls share songwriting and vocal duties amongst each of the band members. They comprise Paula Cullen on bass, Caoimhe Derwin and Jessie Ward O’Sullivan on guitar, Lauren Kerchner on keys and drummer Sarah Grimes, who debuts her first composition for the band with the closing track “Wolves”.Oliver Ackermann from A Place To Bury Strangers contributes vocals to “Jaw on the Floor”.

Age of Indignation follows September Girls’ debut Cursing the Sea (2014), an album that enjoyed considerable critical acclaim from the likes of The Guardian, The Fly, NME, The Sunday Times, The Observer and Uncut amongst others, with Time Magazine naming them as one of the 11 best new bands in the world. Since then the band have played slots at SXSW and CMJ as well as UK festivals such as Beacons, Great Escape, and Liverpool Psych Fest, not to mention a mobbed show in Berwick Street for Record Store Day. In late 2014 the band released a four-track EP Veneer, building on the foundations of Cursing the Sea and anticipating Age of Indignation, as they headed down a darker path.

As opposed to their debut album, which was recorded mainly at home, Age of Indignation was recorded at Dublin’s Orphan Studios, lending it a more assured, powerful sound. The album opens with the starkly bleak guitar riff of “Ghost”, before the band’s political views come to the fore with songs such as “Jaw on the Floor”, which is inspired by both the feminist movement and the 1916 Rising in Ireland, and “Catholic Guilt”, which deals with anger towards the Catholic Church, particularly from the viewpoint of being a woman, referencing the W.B. Yeats poem “September 1913”. Title track “Age of Indignation” addresses the ugly side of social media, while lead single “Love No One” comments on the vacuousness of modern society, mourning a narcissist’s inability to see true beauty.

Brutally honest and brilliantly realised, Age of Indignation is a masterful album from a band confident enough to leave their influences behind. Still retaining the swirling psychedelia and intensity of their debut, this time round they are tighter and more controlled, whilst underneath something much darker and urgent is at work.

May 12 – The Telescopes w/ The Sunshine Factory