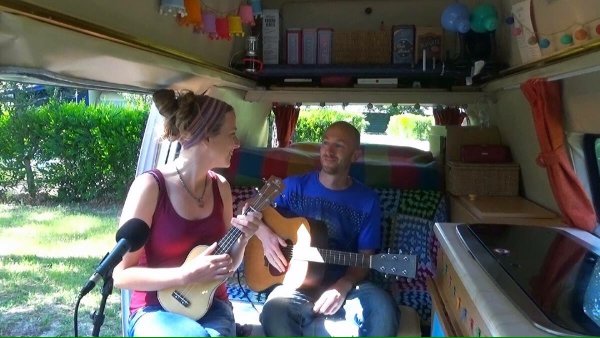 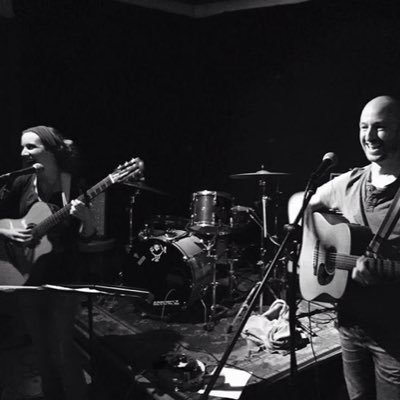 Wicklow indie pop ‘trio’ Nadine Keogh, Tom O’Connor and ‘Declan’ (their loyal and reliable VW campervan), are known on the Dublin music scene as ‘Lazy Revs’.  ‘Rabbit Hole’ is their latest offering and has already received airplay by Shell Zenner on ‘Amazing Radio’ and ‘BBC introducing Mixtape’ earlier this month.

Melodically and lyrically, they are bringing something fresh and natural to the table.  Their vocals are staying true to themselves and they blend perfectly with one another.  The song has a mellow and meditative vibe with a bohemian edge, just like them.  Their approach to the song reflects their personalities and skill-sets.  The musical arrangement isn’t overpowering and it doesn’t spoil their decadent vocals.  It stays gentle to the subject matter of the lyrics and the tempo throughout it is sincere.

Nadine and Tom first released their debut self-titled EP ‘Lazy Revs’ in 2014, with tracks ‘Down Where The River Flows’, ‘Plan B – Peace Sign’ and ‘The Tom Song’ and have included VT recordings of the latter two on their ingenious venture ‘The Declan Sessions’.

‘Declan’ is their transport, recording studio and third valued member.  He gets to have all the fun while being driven across Ireland and Europe to accommodate and provide them with idyllic filming and recording locations.  Catching up with their weekly posts from April to yesterday,  my admiration (and jealousy) for them has grown with each song I hear and new location I see them in.  They’ve gone beyond ‘stripping back vocals and arrangements to present a contemporary feel’.  There are no gimmicks or studio polished tricks going on here.  This is creativity at its most inner spiritual core.  They remind me of the novelty of John Carney’s film ‘Begin Again’, where in place of New York’s side streets and rooftops, they’re using the scenic backdrop of the European countryside as their creative space.   Has ‘Declan’ got room for one more?

Other worthy tracks include ‘Pick Me Up’, ‘Cherry Pie’, and ‘No Problems Please’.  You can find their weekly updates of ‘The Declan Sessions’ on You Tube, Twitter and Facebook.  Thanks guys and continued safe and happy travelling. Any gigs when you’re back on Irish soil, do let me know.  Loving Lazy Revs!