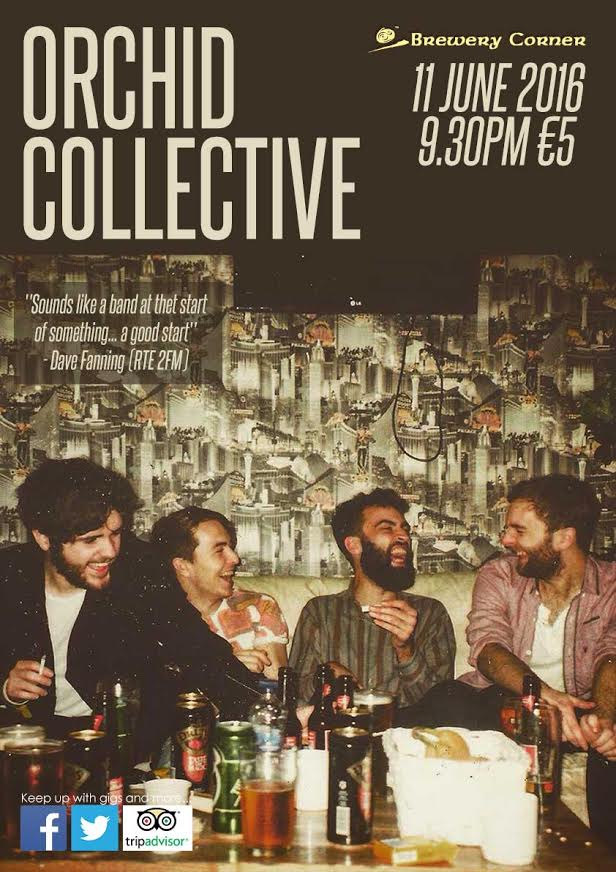 Brewery Corner
June 11
Celebrating the release of their second single ‘Lay as Stone’, Orchid Collective will
be bringing their ever evolving live show to Brewery Corner June 11. Support TBC.

Orchid Collective being together for just over a year have been gigging relentlessly throughout Ireland and have worked tirelessly creating a fresh and exciting live show for their growing audience. Mixing a combination of vocal harmonies and ambient soundscapes, akin to the likes of their inspirations Villagers, James Vincent McMorrow and Bon Iver.

Touring around Ireland has seen Orchid Collective gather a loyal fan base. Festival appearances at Spirit of Folk, Glasgowbury and Knockanstockan as well as supporting Boston based Mutual Benefit on the Irish leg of their European tour. Starting 2015 as one of Whelan’s ones to watch, releasing debut single ‘Figure It Out’ along with starting 2016, as Whelan’s Ones to Watch for a second year running. With their second single Lay as Stone released since March, the year ahead looks promising!

‘’This is a band with a stage presence well beyond the current status of ‘single launch’ stage. Yes it was my first time to see them live, but it’s that kind of sound audiences are loving right now and who are also happily paying extortionate prices to see bands of a similar genre in a live setting.’’- Dublin Concerts