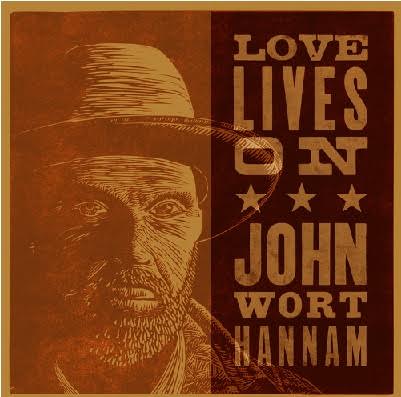 All songs by John Wort Hannam — Produced by Leeroy Stagger

Born in the Channel Islands and raised in Alberta, John earned a degree in Native American Studies and taught on a reserve for five years.

Since leaving his teaching post for music in 2002 he’s been nominated for a Juno, three Western Canadian Music Awards, a North American Folk Alliance Award and three Canadian Folk Music Awards – winning Contemporary Album of the Year in 2010.

John is well known for his story telling through music. Themes which are central to his music include life in Western Canada, and the human experience as seen through the eyes of simple working folk.

He has performed at music festivals in Canada, the United States, Great Britain and Australia and he appeared at the 2006 Smithsonian Folklife Festival in Washington, D.C.

“People are starting to sit up and notice this singer-songwriter in his appearances from Montreal to Australia.” — Edmonton Folk Festival

It’s a long, hard road – figuratively and literally – from being a school teacher on a southern Alberta First Nation’s reserve to a Juno-nominated roots music career with performances at The Kennedy Centre, The Smithsonian, and Trafalgar Square, but he wouldn’t trade the journey for the world.

Born in St Helier on the island of Jersey in the Channel Islands and raised in Southern Alberta, John earned degrees in Native American Studies and Native Education and taught Grade Nine on reserve for five years.  He decided he wanted to pursue a career in music after hearing Loudon Wainwright III in 1997.

Now a prize-winning songwriter and performer touring internationally, John Wort Hannam is known for his unique take on the simple day-to-day dramas of common folk through songs that map the landscapes of both the human heart and the vast landscape of Canada.

With a keen eye for the quirky and lyrics that create stories behind the songs, this born storyteller shares the personal and the profound.  Thriving on live performance, John Wort Hannam is truly happy when he is on the road playing and connecting personally with an audience.

He won the prestigious Kerrville New Folk Award in 2007. He’s been nominated for three Western Canadian Music Awards, a North American Folk Alliance Award, and three Canadian Folk Music Awards – winning the Contemporary Album of the Year in 2010.  He also earned a 2010 Juno nod for Roots and Traditional Album of the Year Solo, and he has won the Grand Prize in the Calgary Folk Festival Song Competition on three separate occasions.