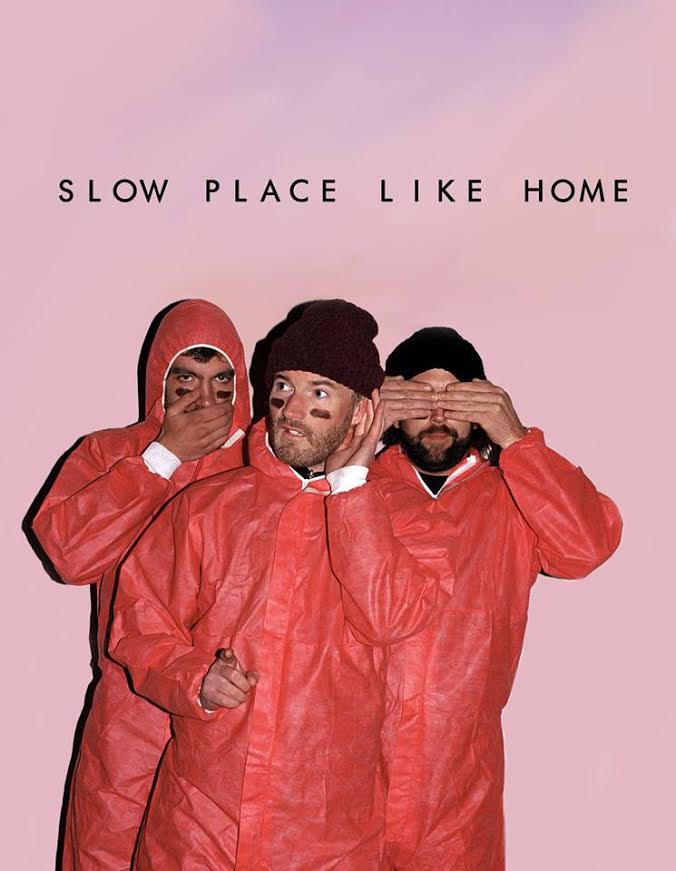 “One of the finest producers in Ireland and one of my favourite artists anywhere on Earth right now” – Stephen McCauley, BBC Radio 6/ Radio Ulster

‘Slow Place Like Home’ is the brainchild of producer/musician Keith Mannion. Based in the forests of Donegal, in the North-West of Ireland, he has  already released a series of EPs and a debut album, to critical acclaim.

His live set has been described by BBC as “the sound of restless energy”.

Having appeared at all major Irish festivals from Electric Picnic to Body & Soul, he has also played with a multitude of national and international acts including, Squarepusher, Perfume Genius, Kate Boy, Moodoïd, Glass Animals, Ulrich Schnauss and Pantha Du Prince.

“Donegal-based musician and producer Keith Mannion wears his influences on his sleeve – but he knows exactly how and where to gently push and shove his music. Each note (on Romola) is influenced by the scenic countryside of the Atlantic North West coast of Ireland. 4/5 stars “ – Tony Clayton-Lea, The Irish Times

“New to me but simply beautiful” – Lauren Lavern, BBC Radio 6

“Slow Place Like Home is a remarkably unique talent. Drifting wisps of electronics give way to sugar sweet pop melodies, all pieced together with an unerring strangeness. Real name Keith Mannion, the producer/musician’s semi-exile from cultural conduits has seemingly allowed him to do exactly as he pleases and it works!” – Clash Magazine

“Hazy, cryptically vague and full of inventive and adventurous tracks, ‘Romola’ is inspired and informed by the isolation and desolation of the Irish coast which sculpted its formation. Cherry-pick certain tracks and you’ll find sturdy but indistinct pieces of a puzzle; full involve yourself in the record, however, and you’ll find a debut album as immersive as it is impressive.” – Gold Flake Paint

“Mannion has managed to meld nature and technology into an uncomfortable marriage on Romola without losing any of the trademarks of electronic music. In the same way Kraftwerk existed to soundtrack a modernising Germany, SPLH exists to give the quiet beauty of the North-West coastline its audible due.” – The Thin Air

“Weird and wonderful, this track (Cesare’s Principle) is literally like nothing else we’ve heard from an Irish artist in a very long time. A wonky nursery rhyme, performed seemingly by kids, every beat sparkles and hypnotizes. Beautiful and spellbinding” – BBC Across The Line

“It’s such a strong record, one of the finest to come out of this country in the past five years. The new version of Cesare’s Principle is phenomenal! It deserves to reach a much bigger audience” – RTÉ An Taobh Tuathail

REPLETE is the music of Irish producer Peter Lawlor. Having started producing electronic music while living in Toronto for the summer, he has perfected his sound living in Cork, Ireland studying a masters in Music and Technology. His sound is influenced and informed by different forms of electronic music, with leanings towards house, techno and more experimental elements in places. With the release of his debut self-titled EP in April 2013 he had blogs from all over the world sharing his tracks. In 2014 he signed with Champion Sound Recordings releasing two EPs throughout the year. “Hold Me” and “No Soul”, which received support from BBC Radio 1, ID Magazine and Nialler9.
Upcoming Gigs
Jun 24 – Slow Place Like Home
Jul 02 – September Girls
Jul 15 – The Southern Fold EP Launch w/ Richie Healy
Jul 31 – MMOTHS @ AKA Fringe
Aug 6 – Rusangano Family w/ S.G guillotine @ AKA Fringe