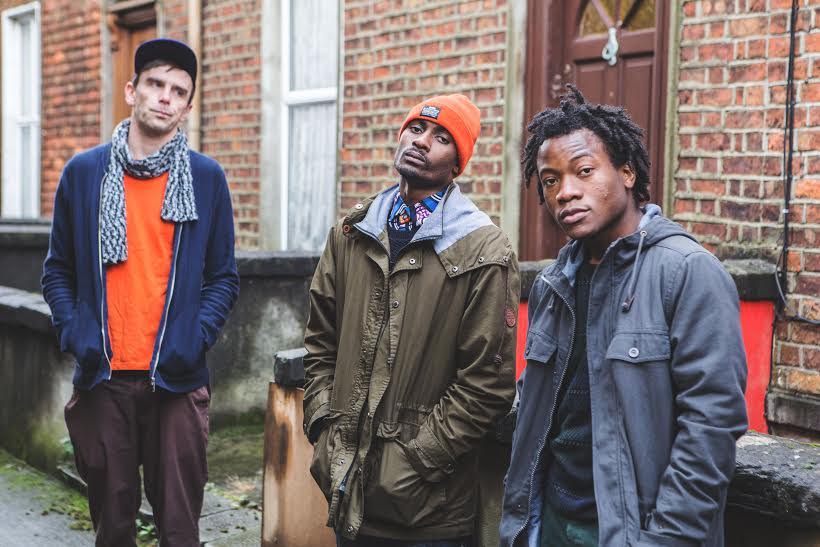 Cameo Noise and AKA Fringe presents

With support from S.G guillotine

Live at Brewery Corner as part of AKA Fringe Festival

Rusangano Family is made up of God Knows, MuRli and mynameisjOhn. 2 MCs and 1 DJ. Based in the West of Ireland, the trio have been steadily building their own unique brand of dynamic bass-led music that owes little to genre cliches and style restrictions. Despite their diverse cultural backgrounds, the group operates first and foremost as a family unit. They want you as part of the family too. While the trio have been working together closely over the last two years, Rusangano Family is the amalgamated title that will see the unit push forward within 2016.

Exploring issues such as identity and belonging, Rusangano Family deliver a hefty dose of honest double-edged lyricism over skewed soul samples, 808 beats and sliced-up breaks. Wearing their hip-hop and electronic influences proudly on their sleeves, Rusangano Family aren’t an act willing to conform to the styles associated with their respective backgrounds. Instead of struggling with the idea of being different, they celebrate it. Sure the rules are only there to be broken.

Releases such as the ‘Surface Tension EP’ and the ‘Rusangano / Family’ album have led to support slots with Run The Jewels, Young Fathers, Snoop Dogg and BadBadNotGood, as well as headlining dates at festivals all around Ireland, including Body & Soul, Forbidden Fruit, Other Voices, Knockanstockan, Parlour TV and Hard Working Class Heroes. In December 2014, the trio dropped the single‘ Grand Job’, which garnered numerous plays on BBC Radio1, while ‘Rusangano Family’ was listed as the best Irish album of 2014 on Nialler9.com and featured in the overall top ten albums of 2014 in the Irish Times.

January 2015 saw the release of MuRli’s ‘Surface Tension EP’ to large acclaim and airplay on the BBC and Indie Shuffle, while the first official single by the band, ‘Wasteman’, debuted on the website Okay Africa in March. Recording and producing their debut album in Limerick and Clare throughout the latter half of 2015, the group gained further international attention with the release of ‘Heathrow’, the first single to be taken from their current album ‘Let the Dead Bury The Dead’. The track is a vivid depiction of the struggles of a migrant’s journey and the cultural barriers that await them in foreign lands.  ‘Heathrow’ was featured extensively on the website NPR, noting how “God Knows and MuRli’s observations are full of the resilience of shattered dreams; mynameisjOhn’s backdrop sounds like the boots doing the shattering. It’s a timely combination that tries to makes sense of heady issue by focusing on the human aspects of migration.”

Following on from their recent riotous appearances at SXSW 2016, the group released their debut album, ‘Let The Dead Bury The Dead’ on April 8th.  Already the album is drawing high praise in the music world, with airplay on the BBC, along with coverage on Pitchfork, Nialler 9and the Sunday Times.