Stage Times and Site Map for ‘BARE in the Woods’ 2016 revealed! 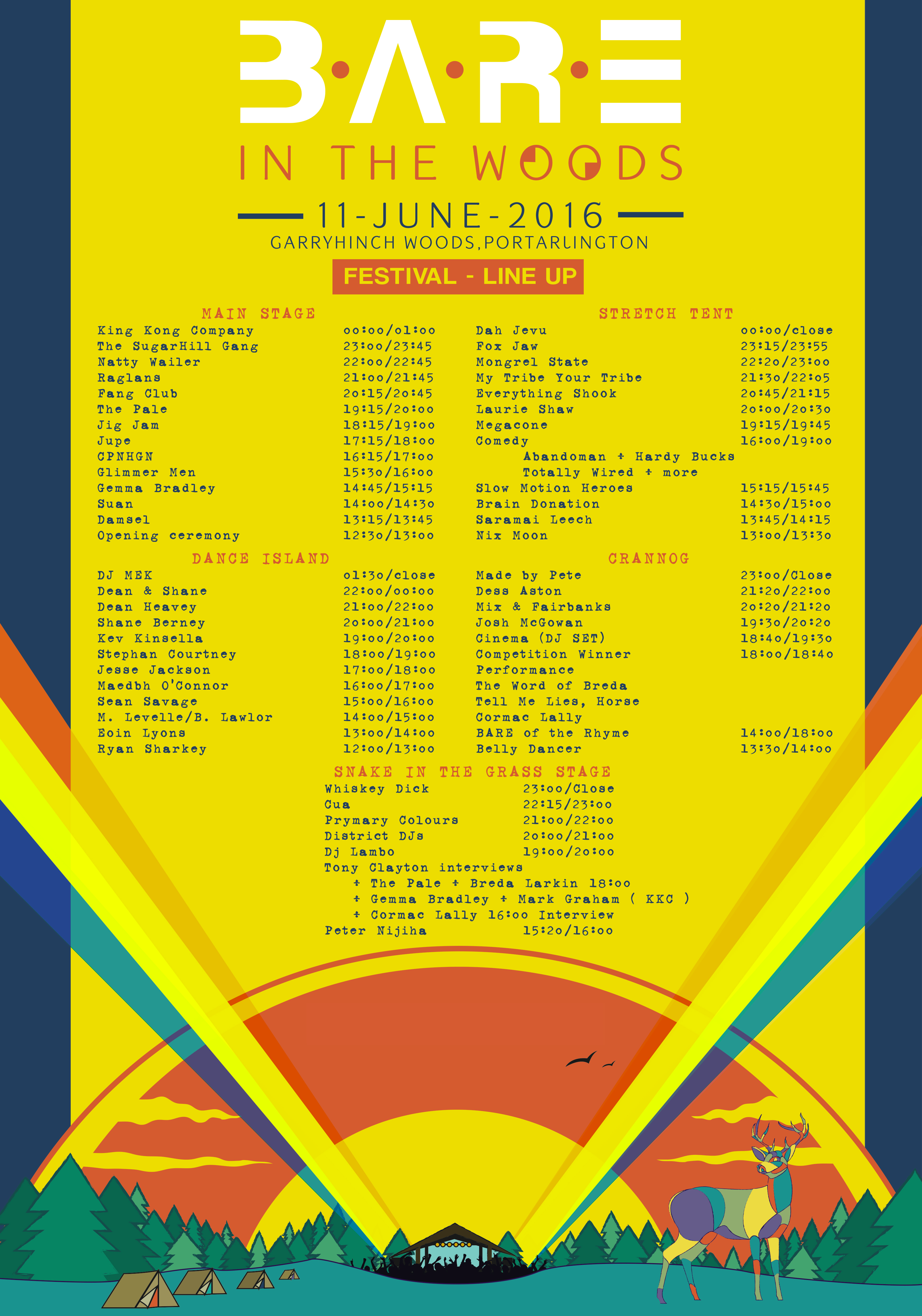 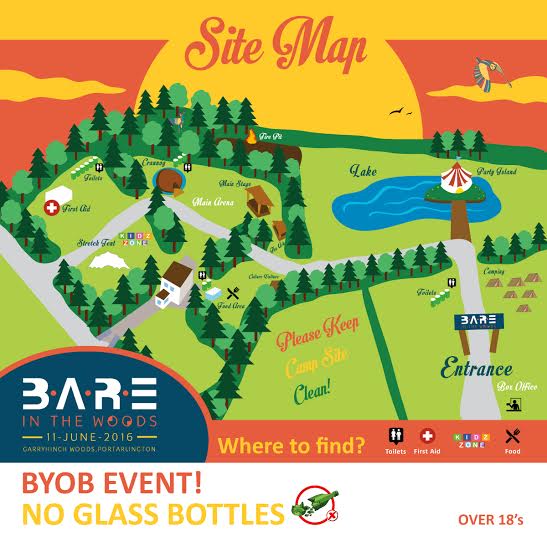 Arriving in the middle of the best start to a Summer in years, BARE in the Woods 2016 kicks off the Irish festival season this Saturday June 11 and the running order and site map for the festival have been revealed by the organisers.

Already confirmed for their only Irish festival appearance of the summer are New York hip hop legends, The Sugarhill Gang – and they are joined by one of the most innovative dance producers of the last few years Paul Woolford, motley Irish comedy crew The Hardy Bucks, reggae legend Natty Wailer, Irish alternative stalwarts The Pale and many more . . . .

BARE of the Rhyme – a showcase of the country’s best talents in poetry is a welcome addition this year with comedy and spoken word taking place in The Crannog, and guerrilla performances around the festival site, with Lady Grew, Aidan Murphy, David Hynes, Richard Brennan, David Mallaghan, MC Cormac Lally and special guests Wasps Vs Humans. Also along the spoken word and comedy lines, The Word of Breda is a one-woman tour de force with Breda Larkin and Fergus Costello brings his Tell Me Lies Horse show to BARE in the Woods, while Tony Clayton Lea’s Culture Vultures makes its first appearance at the festival.

BARE in the Woods ambition is to create one of the best boutique festival sites in Europe and bring an event that has something different to offer the festival season in Ireland. The BARE festival site compliments its natural surroundings using timber sourced from the site itself to build some very creative stages and structures. It is also one of the best priced festivals in Ireland with camping tickets for the 24-hour event priced at only €40 for a Day Ticket and €50 with camping.

This will be the third BARE in the Woods festival – the previous two were sell outs – and it was the winner of an Irish Festival Award this year for ‘Best One Day Festival’ 80% of timber used on the site has come from storm damaged trees and has been milled on the site by the BARE crew. The site itself is nestled beside the River Barrow and overlooked by the Slieve Bloom mountains and features a traditional Irish Crannog and a lake with a party island that will run late in to the night.