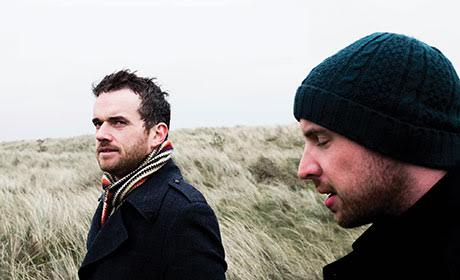 *(this is a press release not a Musicwand review)*
“A euphonic nugget of folk pop music, ideal for the next three months listening” – The Thin Air
“Comprising of four warm soft melodic tracks ‘Cinematic Views’ is a sweet-sounding collection of summery folk-pop songs; suitable earbud music for those long afternoon walks” – Goldenplec
Following a fantastic 2015 filled with festival appearances and live performances, Frankenstein Bolts are back with the release of a brand new, self-produced EP, ‘Cinematic Views’
‘Cinematic Views’ comprises four tracks with a mix of upbeat pop numbers and more mellow folkbased songs that the group have infused with their trademark lazy dream-pop sonics. The recording sessions for ‘Cinematic Views’ were unconventional, with the band members recording in separate locations. This allowed the band to work quickly but independently of each other’s life schedules. The relaxed nature of the recording process is evident in the sound of the EP
Frankenstein Bolts are a Dream-Pop/Folktronica duo from Wexford, Ireland. Members, Justin Cullen and Dan Comerford, share a background in sound engineering and take influence from 80s synth-pop acts and indie bands of the early 90s. The pair perform live using a combination of effect-laden vocals & guitars, synthesisers, drum loops, and harmonisers to create a hazy synthpop atmosphere
‘Cinematic Views’
https://frankenbolts.bandcamp.com/album/cinematic-views-ep