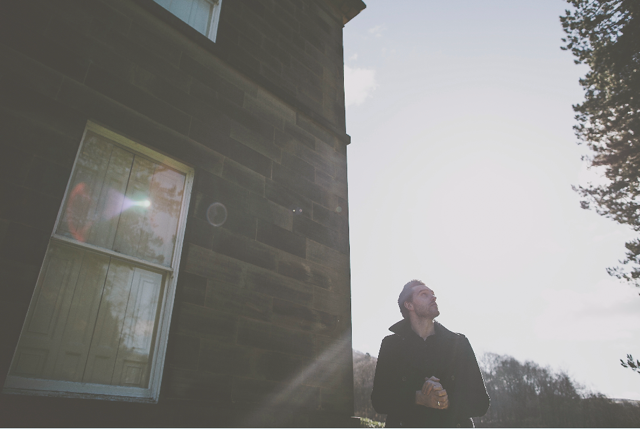 Ahead of their UK/EIRE tour, King Harvest & The Weight have unveiled the second single taken from their beguiling and unmissable debut. The release is accompanied by an intriguing video from up-and-coming film maker Jordan Greenwood in which a masked protagonist – think Baz Luhrmann’s Romeo – is driven to the edge by the mundanity of modern life. Initially conceived for ‘Mental Health Week’ the song and video explore the effects of depression on relationships.

Due for release on June 20, and with a national tour in support, Maps is the debut album by Halifax-born musician Ben Adey – better known by his nom-de-plume King Harvest & The Weight. Charged on an undercurrent of eclectic revivalism; an ecstatic communion of face-melting riffage and a feverish delivery, Adey describes Maps as “a high energy, good times record. It covers so many bases, it plays like the greatest lost mixtape – a dashboard discovery for a hot summer’s day!”

With references that revisit the formative sounds of youth, KH&TW dabble in the positively endless pool of 60s pop and 70s rock, enlivened by rich, warming inflections of pre-punk intensity. Ben continues: “We unashamedly wanted to echo those beautiful, bygone days, when young people would lie back and breathe-in albums like Jailbreak, Physical Graffiti, and A Day at the Races.” Let’s be clear, Maps, is more than an exercise in championing the distinct sound and identity of bygone times, KH&TW’s infectious melodies, louche hooks and uplifting choruses channel a nu-Zeppelin, where technical achievement and sheer craft whitewash the fleeting modes of modern rubbish.

Reared on only the most prime cuts of musical heritage, Adey was able to distill this legacy to create something simultaneously forward-thinking yet true to his inspiration; “Before the album I spent a lot of time reassessing what music meant to me and why I wanted to write and record music – you know; ‘what’s this all about?’ I wanted to get back to the thing that had excited me in the first place: the strongest of songs, delivered with adrenaline and style. Maps is the embodiment of that mission statement.” Maps was recorded during the second half of 2015 by Steve Royston-Smith, “in the darkest depths of West Yorkshire”, Ben grins. “Everything was done very traditionally – tracked live wherever possible, with a minimum of overdubs.”

The album duly retains this charming analogue appeal, you can almost smell the knobs and dials of the equipment, as a mood-setting collection of vintage instruments add to the pop-craft of a cultured studio performance. Among the album’s many collaborators are M G Boulter (Simone Felice, Duke & The King), Andy Bruce (Erland and The Carnival, Kathryn Williams, Ren Harvieu), Rosie Doonan (Peter Gabriel), Conor Lawrence (Flesh), and CJ Smith of Roger Taylor and Brian May’s pre-Queen band, Smile.