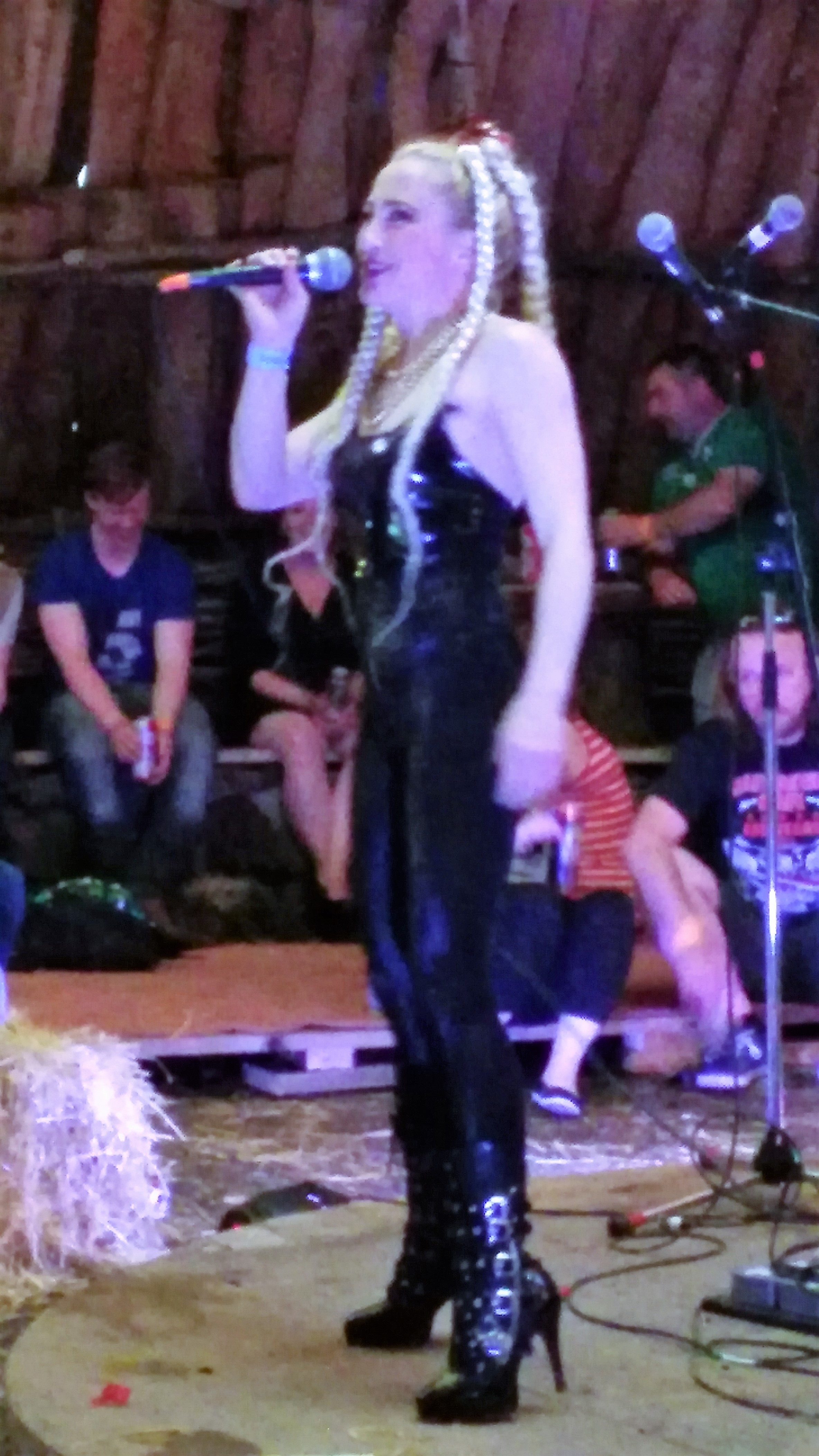 Three years young and situated in one of the most stunning locations in the Irish Midlands, my first visit to ‘BARE’ has been a memorable and impressive one.  There are many boutique outdoor festivals that work and their aim is true, but in terms of innovation, variety, novelty, organisation and creativity, ‘BARE’ has a very unique ethos.

The theme and energy of the festival was back to basics nature and how simply it can be done.  The warm weather was welcomed and there was plenty of seating available to sit out and enjoy it or to stay cool under the shade of the trees, or the tents and crannogs.  This intimate and idyllic setting in Garryhinch Woods in Portarlington was a hub of self-expression, artistry, diversity and craftsmanship from start to finish.  Space and splendour were in abundance throughout the day and no place became too cramped or uncomfortable.  Nothing stopped or slowed down, there was a continuous flow of activity all around the site.  From music, performance poetry and stand-up comedy to DJs and interviews, from stalls of holistic treasures to a woodcarver at his pop-up outdoor workshop. The layout of the site and the function of the crannogs were utilised very well.  The first crannog near the entrance by the lake was the non-stop ‘Party Island’ for all the dance enthusiasts and further in past the main stage was the second crannog, where the ‘BARE of the Rhyme’ artists were showcasing their individual styles of poetry. Each stage and tent had it’s own title referencing what acts or events were taking place and when.  The live music stages were smaller in scale but ideal as the closer connection between artists and fans was more exciting this way but not too intrusive. 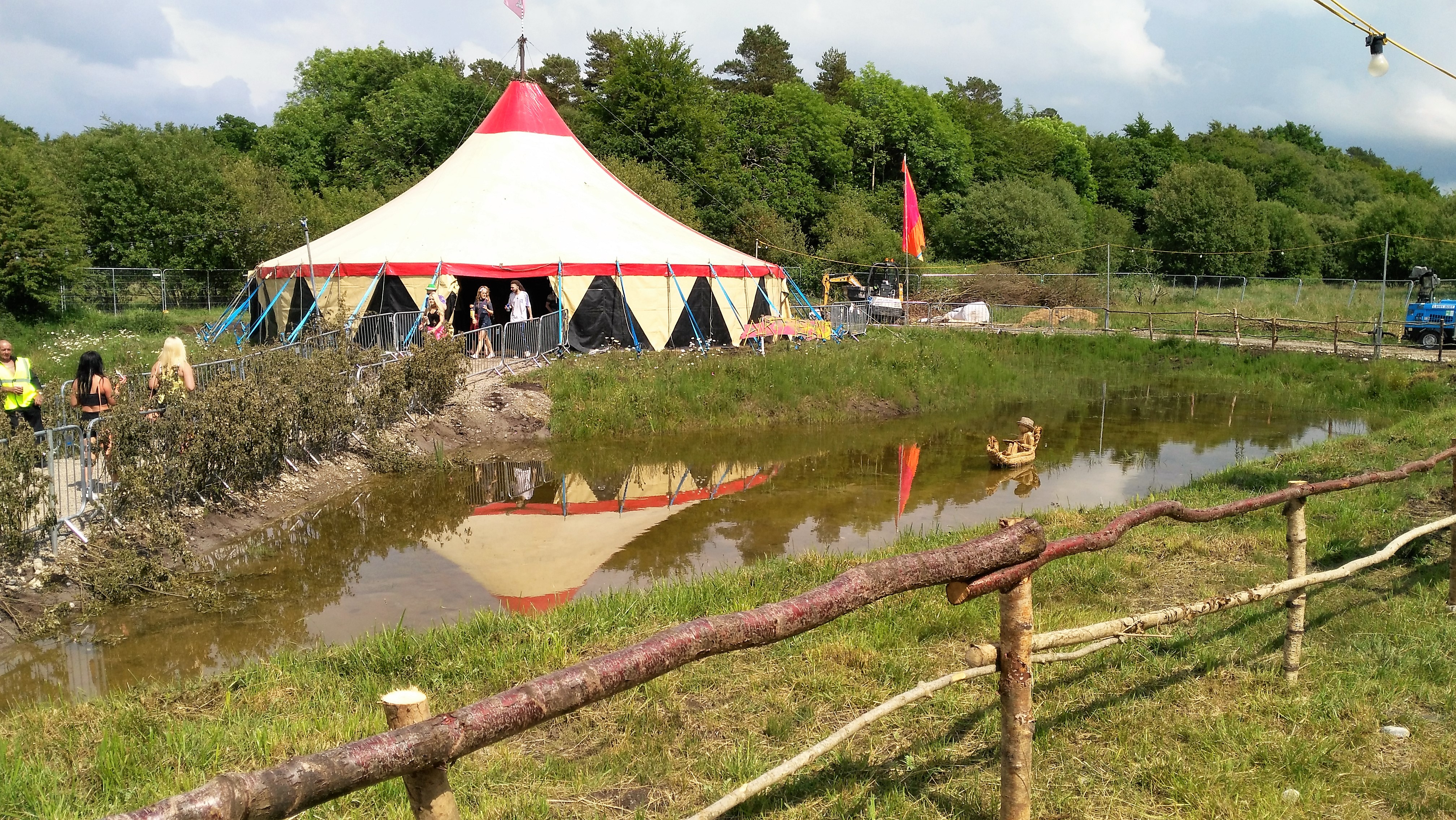 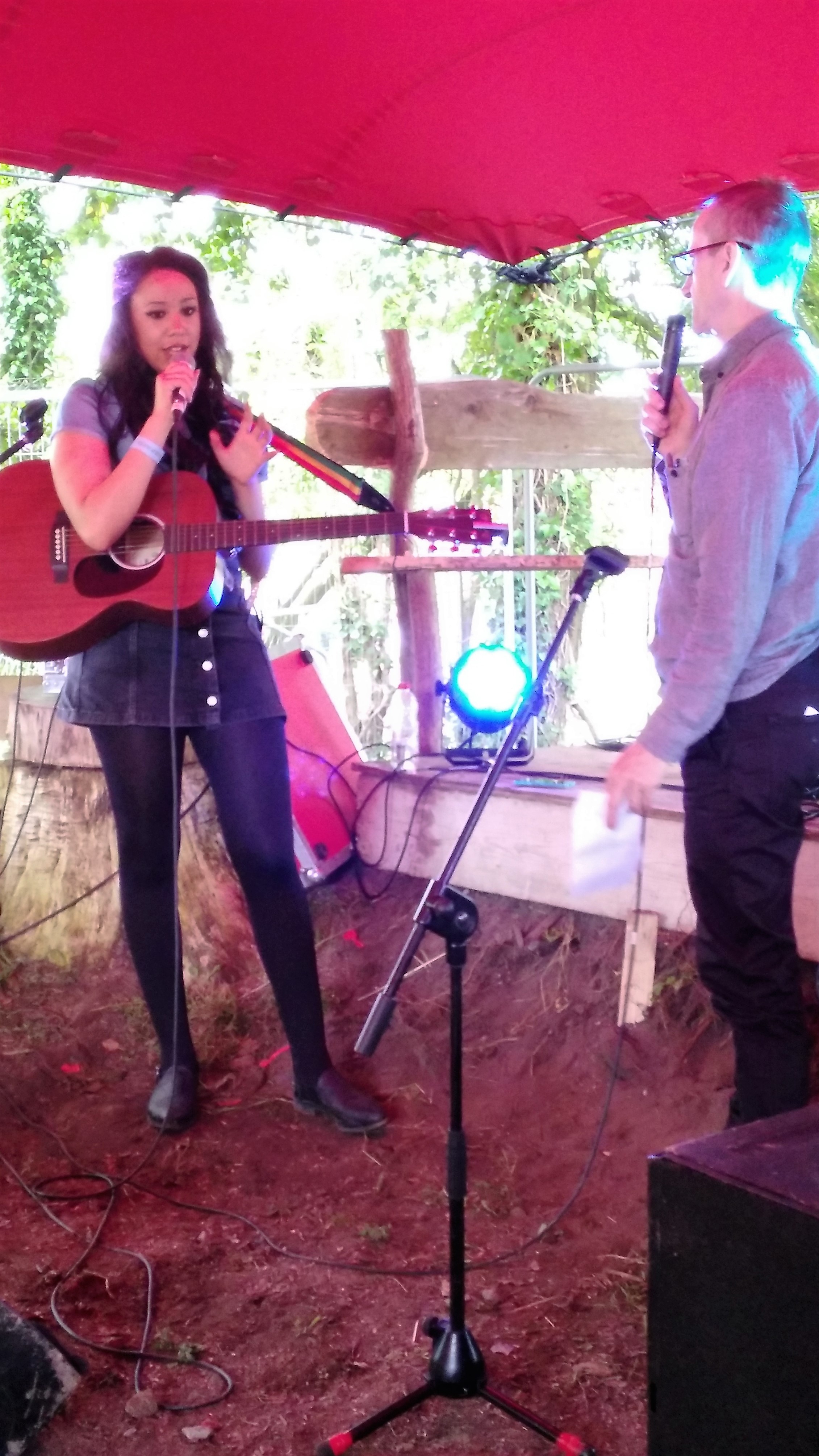 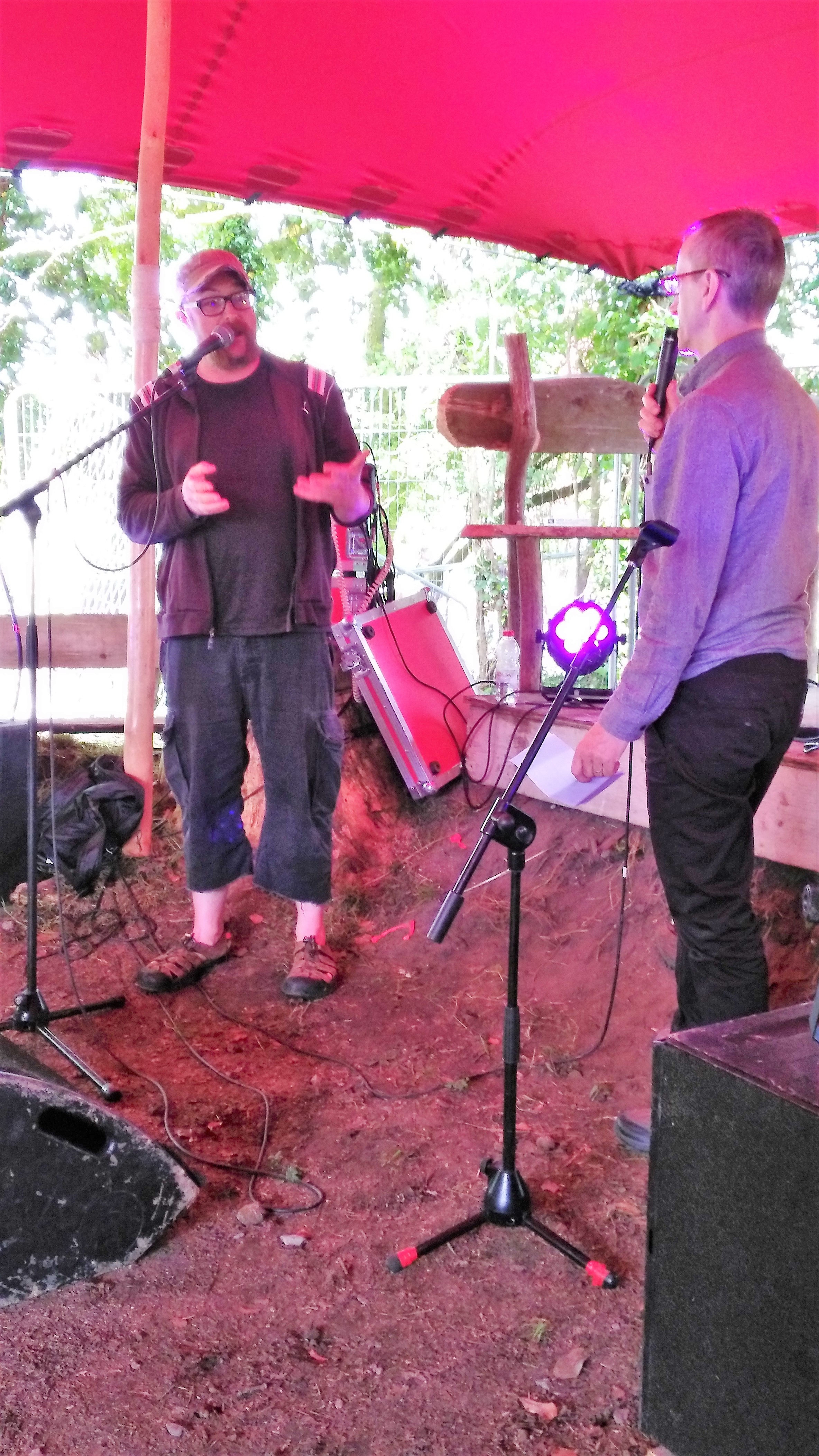 Lady Grew – BARE of the Rhyme

From the very very young to the not so very old, I think the patrons played a part in making this day a success. Generations of families, domestic pets, students, couples, tourists, a wedding belle and her princesses and the young at heart! I was moving all the time between the stages and tents and so were they.  I doubt if I saw the same person twice.  Their easy going, laid back, bohemian energy was palpable, there was constant chat and laughter, joking and harmless mischief between old friends and new acquaintances.

‘BARE of the Rhyme’ deserves a special mention.  Cormac Lally, a Tullamore poet was at the helm of this performance poetry collective.  Two of the artists I saw here were Aidan Murphy and from the TV series ‘Connected’, Lady Grew.  To write and present poetry is an art in itself, so to see it performed with music as a backdrop was original and enlightening.  The arrangement of the seating and the stage area in the crannog emphasised the theme of the day, it was an organic place to be in.

Tony Clayton-Lea’s Culture Vultures was a welcome addition to the festival this year, based at the ‘Snake in the Grass’ tent.  Breda Larkin comedienne; Gemma Bradley singer-songwriter; Mark Graham lead musician ‘King Kong Company’, music lecturer, festival boffin; Cormac Lally poet, writer; Matthew Devereux, lead singer with Dublin band ‘The Pale’ were the interviewees.  It was my first time to be at Culture Vultures and I appreciated Tony’s approach and style.  Each interview was like eavesdropping on two people having an all round honest conversation and learning so much from them, that you didn’t want them to stop.  Some tough questions were asked but in a casual manner and were answered back the same way with warmth, humour and experience. 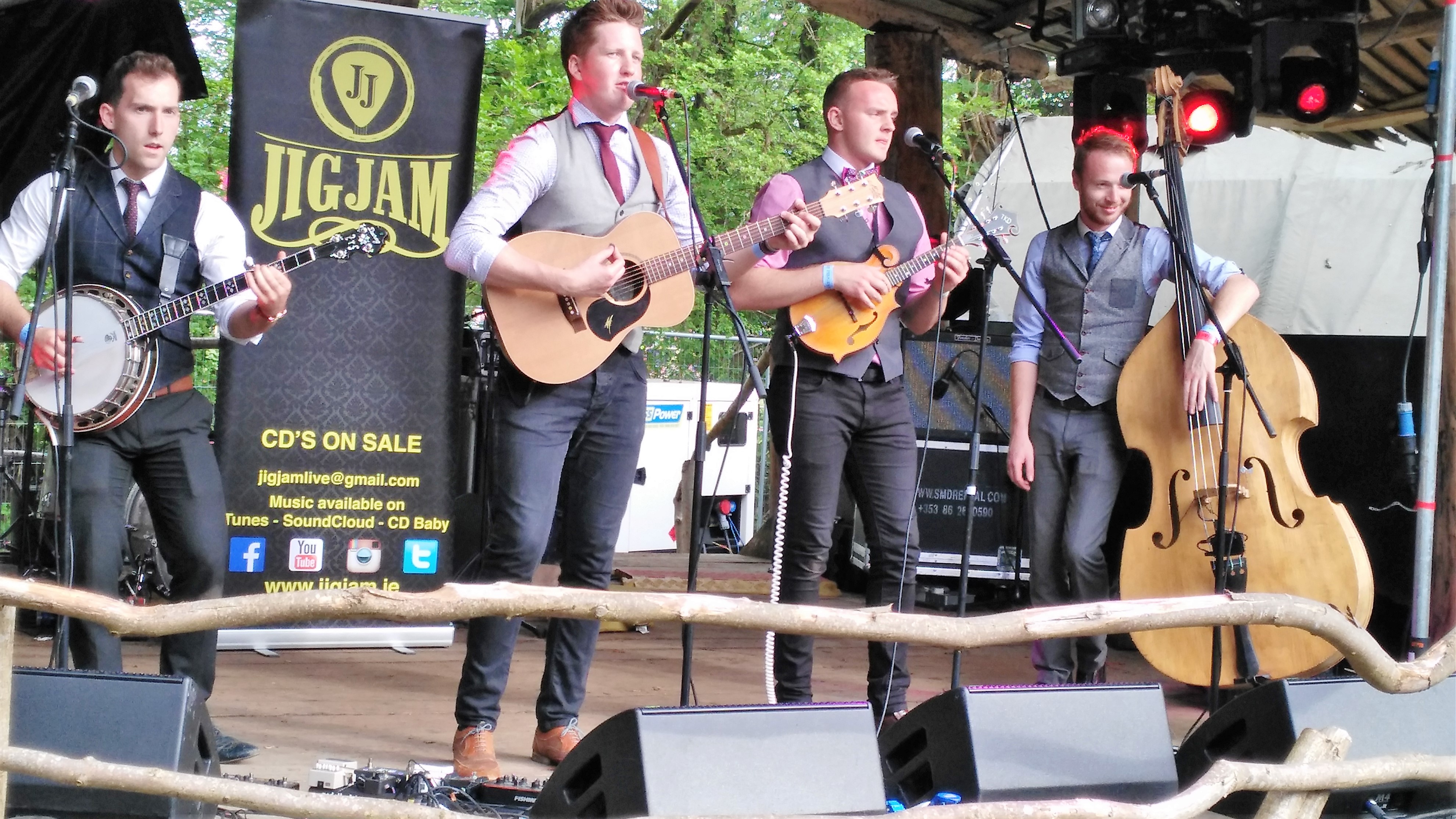 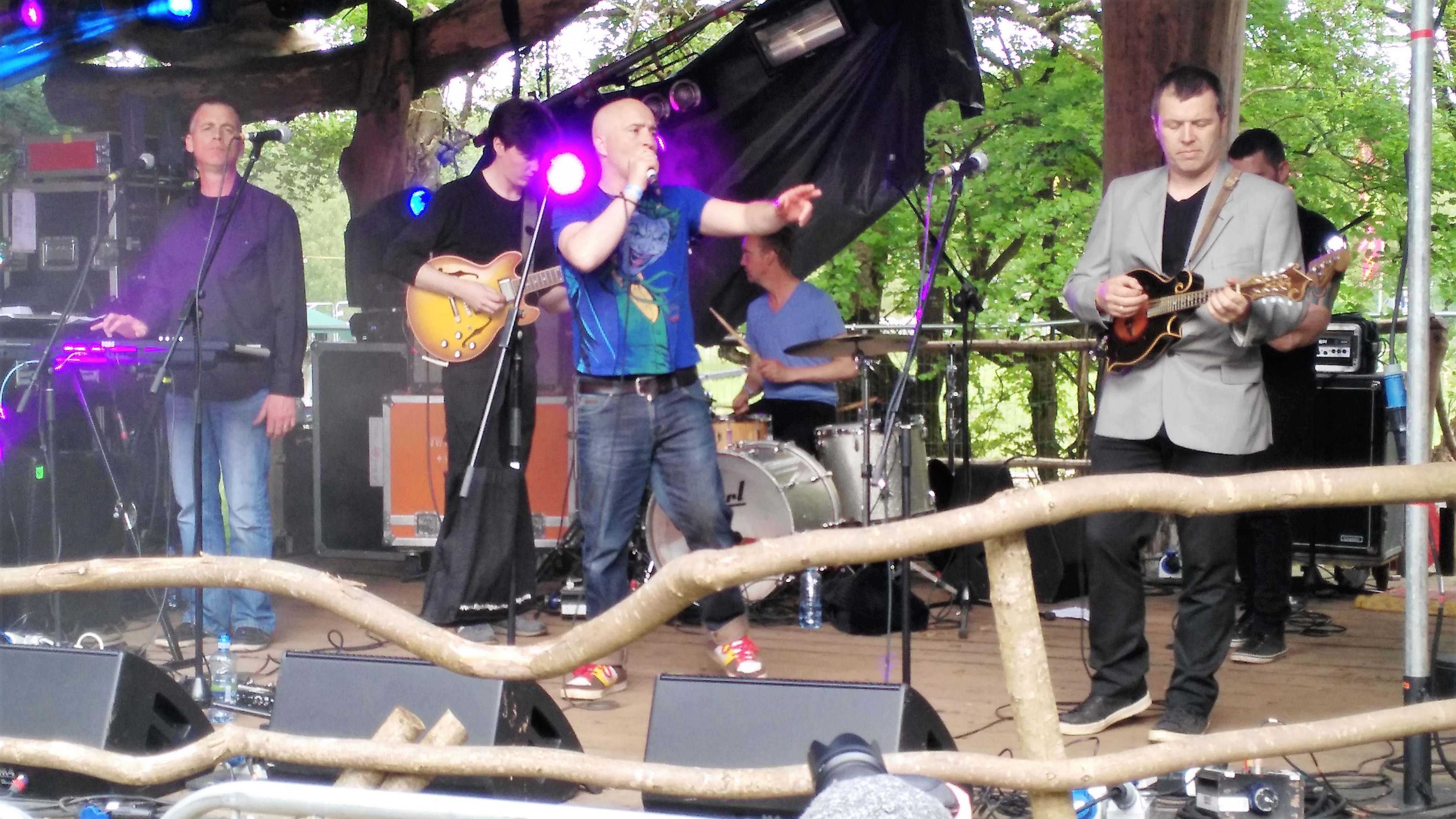 Music wise at the ‘Stretch Tent’, the artists that stood out for me were Cork indie rock outfit ‘Slow Motion Heroes’, their early evening slot came at the right time for a much needed rock injection.  ‘Everything Shook’, a female electro pop trio who brought a very novel and spontaneous set piece.  ‘Mongrel State’, Dublin based western rock four piece that took solid folk rock arrangements and a little bit of country, to a new fan base including me.

The ‘Main Stage’ did what it had to do and delivered a well organised line-up of Irish and international acts.  ‘Glimmermen’, ‘Jupe’ and ‘Jigjam’ deserve high praise for their very worthy sets.  For me ‘The Pale’ were the game changer.  When they took to the stage, the vibe on the ground turned on its head.  Here was a band from the 90’s remaining rock steady with a catalogue of memorable ska and Irish rock nostalgia.  ‘Fangclub’ were there to be heard and they made sure of it.  A heavy but sincere rock introduction of originals and good covers.

As the night progressed so did the acts and the genres.  Legendary Natty Wailer and his band supplied the reggae and the rhythm.  Ultimately then we had ‘The Bronx in the Woods’ – ‘The Sugarhill Gang’ arrived on stage all suited and booted and ready to show us the origins of where, when and why hip-hop began.  You couldn’t have had a better masterclass as they performed all the tunes we know and love in their original takes and as recent samples and covers by other acts; it all started with them four decades ago!  As this was their only Irish performance this year, it was a very surreal set piece and a momentous one.  To finish the night with an Irish act was a clever idea, again bringing me back to the excellent organisation of the stages’ line-ups.  ‘King Kong Company’ were worth the wait and their foot stomping set of dub beats, synth and rock grooves were the perfect bridge to the rest of the night’s proceedings – the DJs were in place and not going anywhere for a long while. 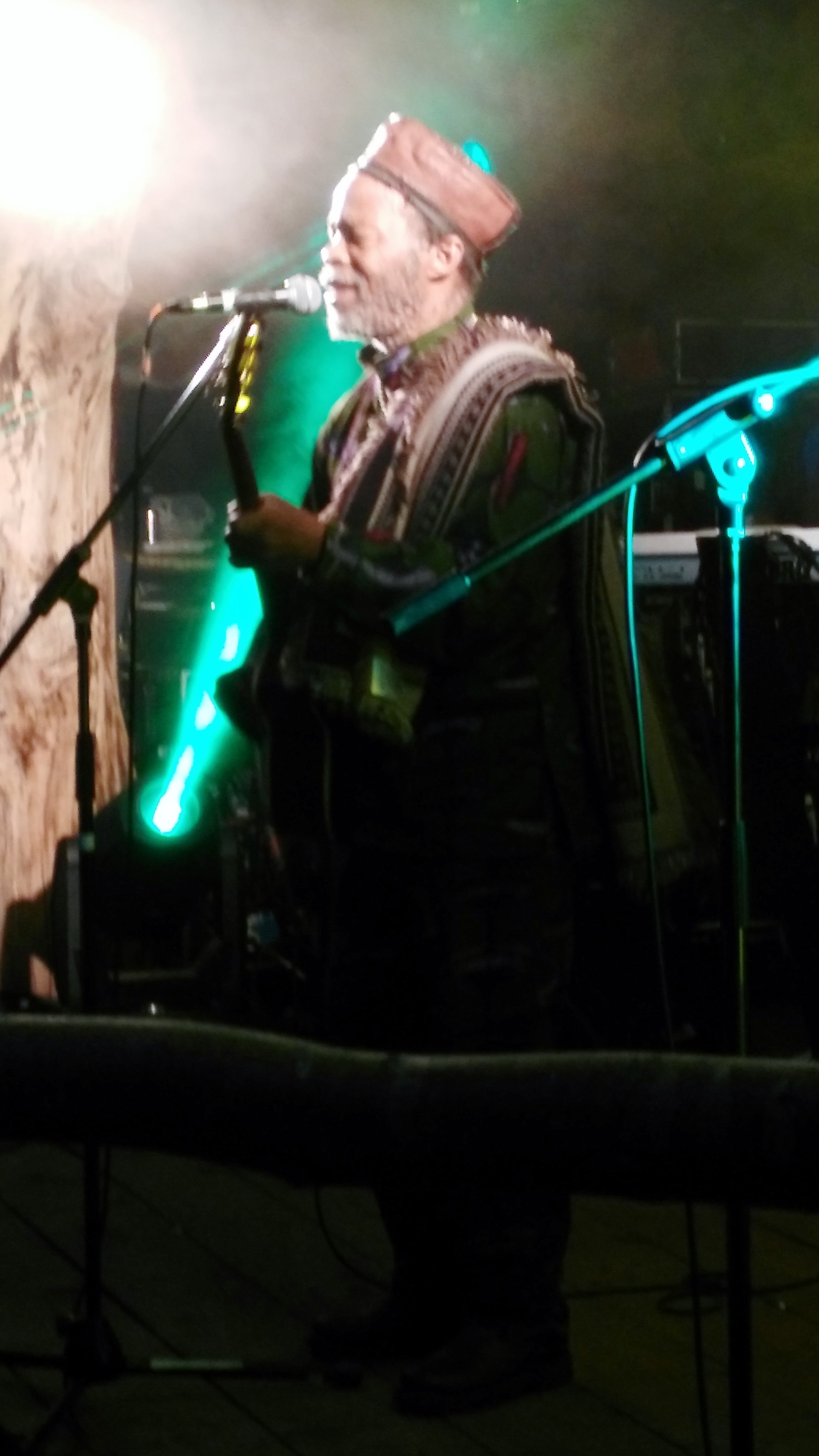 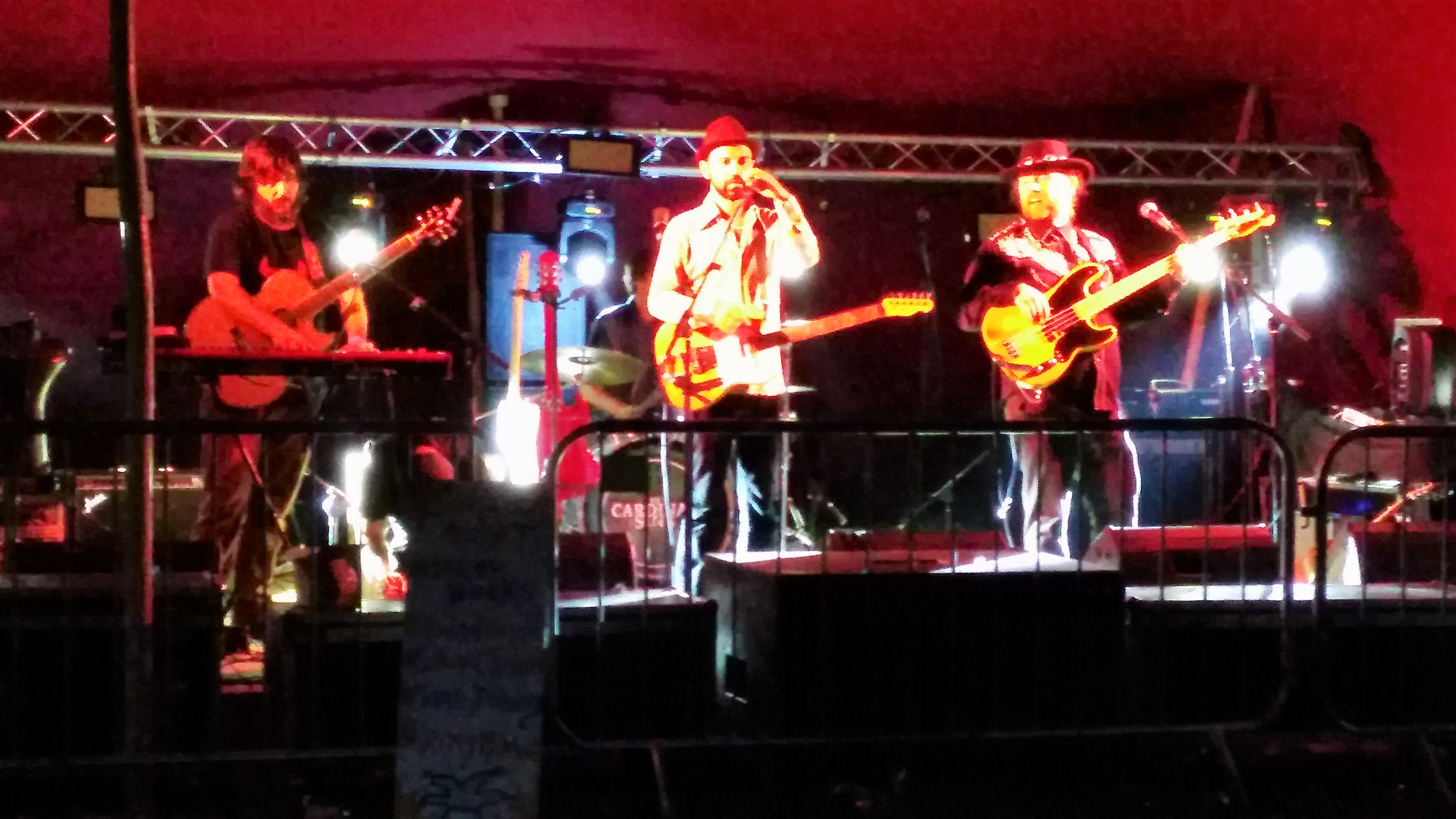