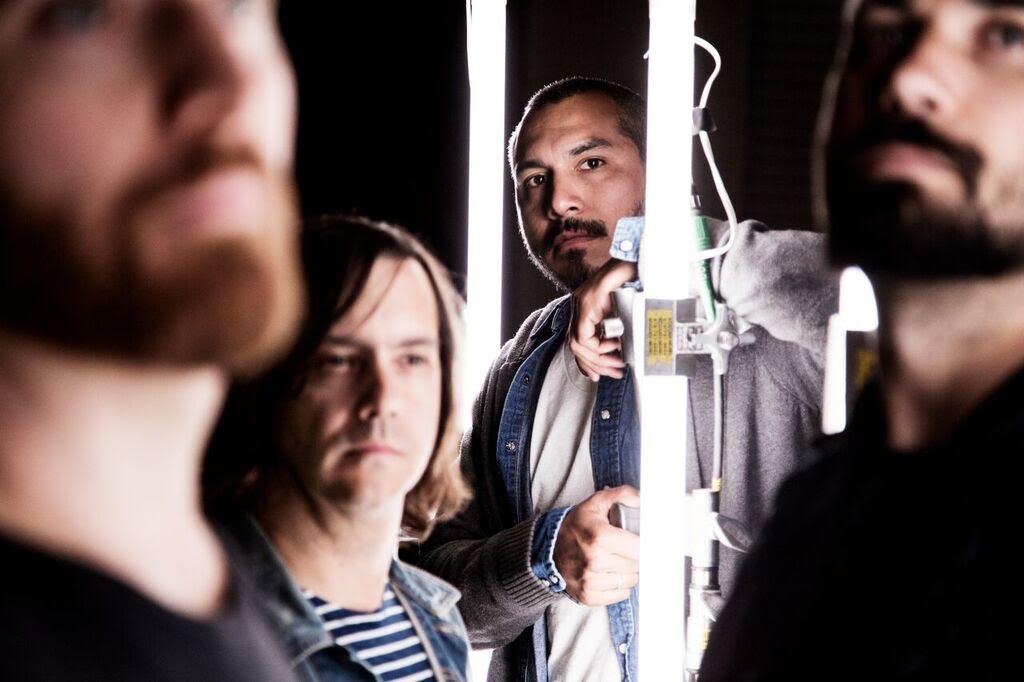 The first frame of a video can pretty much tell you about the thought process of the director.  This video for ‘Press Play’ by American Alt-Rock group Dream Vacation, is black and white throughout and for a good reason.  The strong imagery and reflections in this video explore the definite message and tone of the song.  The pace from start to finish is really good and it’s not over-edited, the shots are of a good duration and timed really well.

The lady, also dressed in black and white, is the thought process of the man.  She is leading him to where he needs to be and he’s conducting his own journey based on her guidance.  Her physical movements symbolise his feelings.  The story of the song is his journey and he’s reached his destination when he’s face to face with the lead singer.  The reflection is obvious, he sees himself in him.  It’s a great piece of narration and self-expression.

I’ve been listening to their self-titled debut EP and I like their sound and where they’re coming from.  Tracks include 1. Window Room  2. Press Play  3. End of Time  4. Red Water

Other tracks of theirs that I really like are ‘Letting in the Dead’ and ‘Hidden Life’.  All of these tracks are on Soundcloud.

I really like this band and I look forward to hearing more from them.  Hopefully they’ll perform in Ireland and Europe in the future.

Here is a brief bio of the band to date prepared by their representation:

“DreamVacation’s stunning self-titled EP sweeps you away with a brooding melodic power and hard-edged yet atmospheric guitars behind lead singer Ray Silva’s emotional vocals. The EP was produced by John Rausch, engineer and track architect for such powerhouses as  Florence and the Machine, Foxes and Birdie.

The EP was written at a rehearsal space in downtown LA, and recorded in Kingsize Soundlabs in Eagle Rock.  “LA is such a juxtaposition of opposing landscapes,” says Ray Silva. “One minute your rolling through a really upscale area and the next you find yourself on 6th Ave passing the inner city refugee camps of the homeless.”

The band members’ personal stories over the last three years have been equally up and down. They’ve endured breakups, living out of rehearsal spaces or cars, marriages falling apart, and family deaths. But they learned to write as a group, and that forged songs such as “Window Room,” “Press Play,” and “Letting in the Dead”.

The four piece also had success placing songs in films and TV shows, including Showtime – Shameless, TNT – Boston’s Finest, and SYFY – Being Human, to name only a few.”

“We hope to inspire people to think and see things differently than they normally do.  And maybe even remember things they thought they forgot.  To feel more connected and sense that there is more kindness available than it seems.”