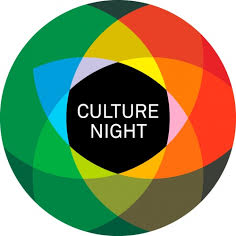 Dublin-based three-piece Bitch Falcon headline. They haven’t so much discovered their voice as relentlessly refined it in the last two years. If anything, they relish in sharp declarations, their signature sound always moving forward even when throwing a nod to the past. Their sound fuses the strongest elements of rock, grunge, metal, hard-core and melodic electro-pop. Through it all, Bitch Falcon make this busy mix sing in a distinctive, once-heard-not-forgotten voice. Up close and personal, they make an even greater impact as the band’s deserved reputation as one of Ireland’s most engaging live prospects comes to the fore and unapologetically steal the spotlight at every turn.

Vulpynes open at 10pm. Inspired by punk rock and grunge they’ve developed their unique brand of thumping gritty noise. Together less than a year they have been busy lighting up venues across the country with their signature hooks and raw energy.

Caravan Club Extravaganza on The Parade with Exploding Eyes, The Sunshine Factory…

An eclectic mix of music will take place on the Parade in the heart of Kilkenny, with the beautiful Kilkenny Castle as the backdrop.

Headliners Exploding Eyes are a garage psych rock trio from Dublin who are tipped to be one of the hot tickets of the year, with their forthcoming album finished in the workshop of producer Jim Diamond (The White Stripes).

The Sunshine Factory bring more noise; hailing from Leeside, the group nod to influences from post-punk and psychedelic genres. Having appeared at a popular gig in Kilkenny earlier this year, they’ve toured Ireland and played packed out gigs in Cork and further afield.

For something different, we are delighted to see The Unity Singers return to the Parade; a local Kilkenny choir.