Garageland has announced a new radio show on RTE 2XM to coincide with the new winter series of The Garage Gigs. 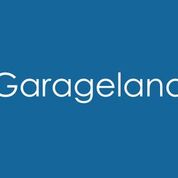 In a year that has seen a massive resurgence of the long running Garage Gigs, this latest series of shows is set to play host to over 50 acts in two of Dublin’s prime venues, The Grand Social and The Workman’s Club, whilst plans are already underway for a massive spring series, which will reach out across the country and culminate in a major event in 2017.

2XM, the digital branch of RTE has also confirmed that “Garageland on 2XM with Dermot Lambert“ will begin broadcasting live from Monday 26th September. This show will feature music from bands and artists from The Garage Gigs 16 year history who have never had any radio exposure, as well as some of the Garageland luminaries such as The Script, Delorentos and Ham Sandwich (all of whom started life playing on The Garage Gigs).

Dermot will have guests in to co-host each show, and he has also promised to spill the beans on some of the adventures that happened during his time with legendary indie band Blink (fights in dressing rooms with Oasis, making friends with Blink 182, smashing guitars onstage with Moby – that kind of thing).

Bands and artists wishing to be included in the live shows, or indeed the radio show are invited to set up their own profile on the brand new Garageland website, where they can also book their own shows online in yet another unique initiative from Garageland. 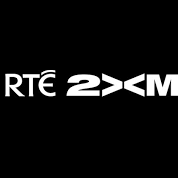 THIS IS AN ALCOHOL FREE EVENT