See them perform ‘Hospital’ on The Late Late Show:

Taken from the LP “CURTAINS” Out Oct 7th 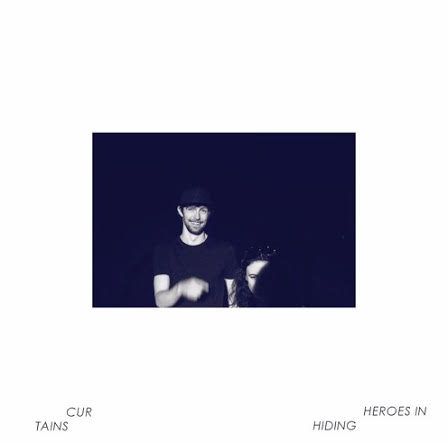 Since the release of debut EP “Hush” in 2014, Heroes In Hiding have gathered a momentum that is now in full pendulum swing. The burgeoning band are centre stage in Ireland as one of the most promising talked about acts on the scene. Having performed at festivals such as Electric Picnic, Forbidden Fruit, Castlepalooza, BD Festival, Life Festival, even securing a slot at Iceland’s Secret Solstice festival – the band are now ready to release their first LP titled ‘CURTAINS’ which is due for an autumn release date of Oct 7th 2016.

The first single from the LP, which was released earlier in the year: “No, You’re a Rabbit” graced many airwaves across Ireland including coveted National Playlists. Follow up track ‘Hospital’ is out now and has been received with National acclaim from National Radio (Today FM, Rte1&2, BBC all awarding it with ‘Track of the week/day’), National Press (The Star, The Irish Times) and many more. Recorded by Jack Dunne and Cian Donohoe in Windmill lane and Block C Studios, the LP was Mixed and Mastered by Martin Quinn in Jam Studios in Kells.

‘Hospital’, the lead single, documents a recent close encounter with death by a member of the band Joe Carroll: “I was on my way home from a friend’s birthday party on a hired coach. There weren’t enough seats so I was standing up at the back. I leaned back and fell out of the door and onto the motorway. I don’t remember much of the incident itself and the next thing I remember was lying on a trolley in the hospital in a neck brace. Luckily I didn’t sustain any lasting injuries but I was fully aware of how close I came to being much worse off. On my second day in hospital I heard a nurse using some sort of machine behind the curtain on the patient next to me. It was bleeping with two harmonious tones. Something told me I had to make a song out of it so I recorded it on my phone (which had miraculously survived the fall). A few days later when I was at home and feeling a little better I put the recording onto my laptop and recorded a rough draft of the song “Hospital”. The song is a document of my experience that night, and my realisation that life is very fragile and something to be cherished.”

“There’s some thump off it! The Breakfast Show ‘Song of the Week'” – Ian Dempsey Today FM

“Excellent! Another great track from HIH, did you expect anything less!”- RTE 2FM – ‘Song of the week’

“Hospital is engrossing whilst also keeping the hooks and melodic lushness in tact.”- TheLastMixTape

HEROES IN HIDING ARE: 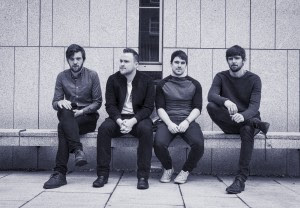