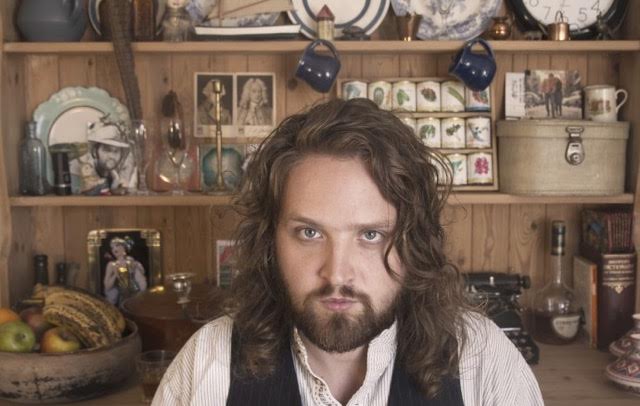 WATCH THE VIDEO FOR NEW SINGLE
“TO BUILD A WALL“

WILL VARLEY has reached an unstoppable velocity since signing with Xtra Mile Recordings in 2015 and shows no signs of slowing down as we announce fourth album ‘Kingsdown Sundown’ out 4th November 2016.

With the follow-up to the stellar Postcards From Ursa Minor, an album that propelled Will into unexplored territory, return tours with The Proclaimers and unbelievable summer festival sets, he continues to build upon broken spirits with this set of almost unbearably raw songs. First track to be lifted from the album is ‘To Build A Wall’ – an unnervingly timely indictment of simplistic solutions to incredible complex problems on both sides of the pond.

Recorded underneath a pub by the sea in Deal, Kent as the waves roared outside, Kingsdown Sundown is a bleak and uncompromising critique of the human condition, journeying deep into our dreams, faults, regrets and politics. The songs are more visceral and uneasy than before, with fights in KFC descending into world wars, the all too real plight of refugees and the recent rise in hate crime. A collection of folk songs written over the course of the last year while travelling and touring – written on tour buses and trains, scribbled on the back of set lists and receipts – Will says “these are the most honest songs I’ve ever written and they represent new ground for me creatively. They may not be radio friendly, or even ‘friendly’ at all, but I’ve been wanting to make a record like this for a long time.”

The rest of the album is hazier, more spectral and a phantom of memories, dreams, and hopes. If there’s one song that haunts as much as it heals and warms the soul, it’s ‘Let Your Guard Down’ which sounds like it was sung deeply into the howling wind in defiance, in hope and fear. The most directly political song ‘We Want Our Planet Back’ feels strongly enough to strap on an electric guitar and strum over Will’s patient protest, but it indirectly lends its brooding power to ‘Too Late Too Soon’ which seems ready to crumple and break, a sandcastle made of a simmering mood. ‘Back To Hell’ could have come from any period in superstitious folk history, a tale of vague menace, mysticism and the underworld. Finally,  ‘We’ll Keep Making Plans’ threatens to build to a crescendo, but instead lets us drift out into a mental sea where the sun is setting on what we knew in favour of the unknown, resolving to carry on, continuing to build our futures on shakier foundations. It’s somehow not dispiriting; it’s more driven by determination to allow sadness not to rule our lives, but be an important part of it. 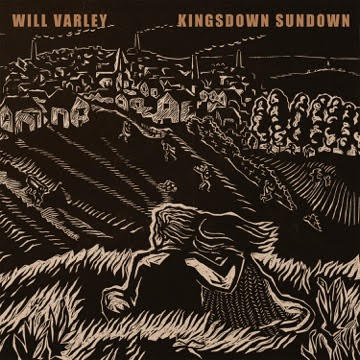 Since completing his walking tour in 2014 and being named one of Time Out’s rising stars of 2015, Will has had tracks played on BBC Radio 2, 6 & XFM including mentions from Steve Lamacq, Communion Records and Rob Da Bank. Varley’s high energy live shows, which jump effortlessly from heartbreaking love songs to hilarious shaggy dog stories are complimented by his self-made music videos that in turn have clocked up hundreds of thousands of views on YouTube and bought attention to his songs from all over the world.
It’s been a jam-packed couple of years for Will who has played at The Royal Albert Hall for the Teenage Cancer Trust, headlined his own spring tour in 2015, played dates with people’s hero Frank Turner and Anti-Folk legend Beans On Toast, released an EP and got familiar with The Proclaimers supporting them across the UK in 2015 and 2016, as well as fitting in festival appearances at Bestival, Secret Garden Party, Green Man and BoomTown amongst others.
Produced by Tristan Ivemy and mastered at Abbey Road by Frank Arkwright, Will Varley broke through with ‘Postcards From Ursa Minor’ – a masterclass in songwriting that pushes the boundaries of the ‘one man and a guitar’ format. From rowdy drinking songs with sprawling chaotic arrangements to his sparse solo performances he covers a range of subjects with his trademark sprinkling of social commentary, politics and wry humour.
Between touring constantly for the past five years and co-running his own record label & the sell-out Smugglers festival where he’s based in Kent interest in Will is reaching fever pitch.