Let’s Set Sail began as a songwriting project for two university students, studying classical music composition. While roaming the streets of Maynooth with bags of both potential and cans, burning the ears off each other about their love for Sun Kil Moon and Four Tet, Warren McCarthy and Ian Dunphy decided it would be a good idea to sit together in a box room with a guitar, a bass and their voices. Since these humble beginnings, the project has evolved into a 4-piece band, with the additions of Marian Hughes and Robert Molumby. The band produces well-crafted electronic folk songs that contain bright synths, dynamic beats, beautiful piano, lush vocal harmonies and honest, relatable lyrics that permeate the music with a distinctly Irish flavour.

Their new single, Canaries, is a bright and energetic track with staccato synth attacks that lead to emphatic choruses of three-part vocal harmonies. The lyrics promote an appreciation of both the everyday and the profound, in order to overcome the personal struggles one may experience, following the innocence of pubescent youth.

The single arrives with a new music video that shows a bizarre tale of one man’s dream to capture his artistic vision on camera. This ‘vision’ involves a forest, some shit clothes and a football trophy he won when he was about eleven. With all trust put in the hands of “video man” who will “put the effects in after”, the odds are stacked against the vision resembling a work of artistic merit.

Canaries will feature on Let’s Set Sail’s new EP, due to be released in 2017. Last year, Let’s Set Sail released a double A-side single, Five of Trumps/Leon. These songs were digitally released, showcasing the band’s new musical direction from their folk rock beginnings. 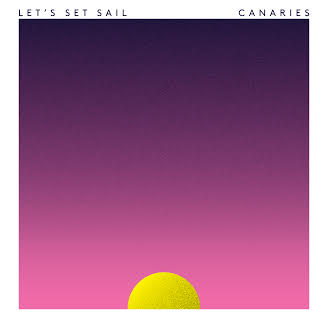