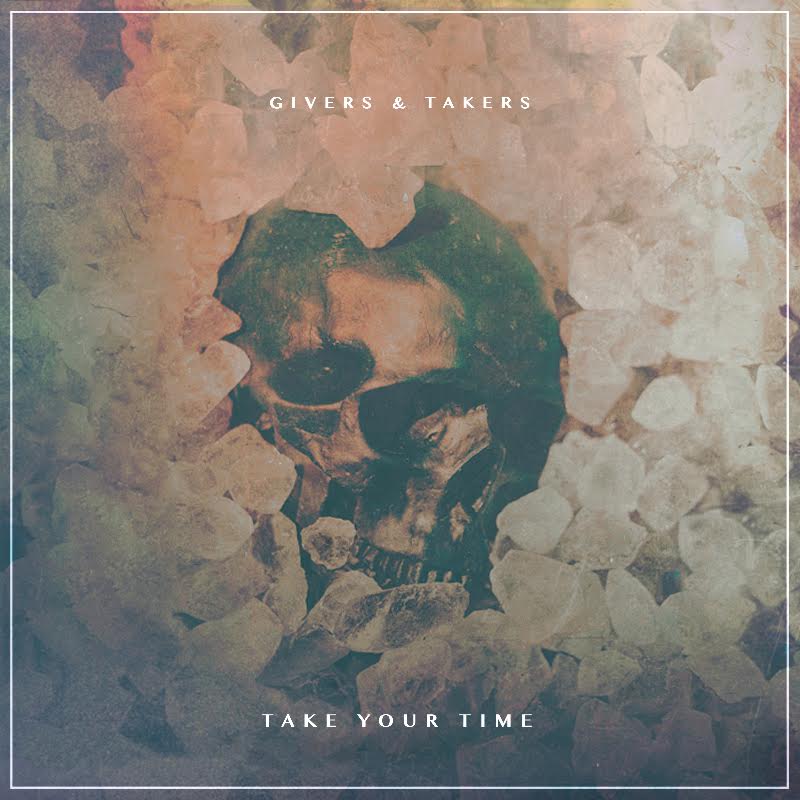 B I O
Givers & Takers is a four-piece Psychedelic-Soul, Alternative Bliss-Rock band consisting of members Zack Greenwald (lead vocals, guitar, keys), Drew Bruchs (Bass, guitar, keys, vocals), Mark Pollack (Guitar, keys, vocals), and Alan Krespan (Drums, samples, vocals).
Based in Los Angeles, CA, Givers & Takers recently recorded an EP at the historic London Bridge Studio (Pearl Jam, Macklemore, Fleet Foxes) in Seattle, WA,  with producer Eric Lilavois (Atlas Genius, Saint Motel). The record is set to be released in early 2017, preceded by a series of releases of one-off recordings and live videos.
On the single, Greenwald discloses, “Take Your Time was created to help us feel the sexy in the stillness.” Pollack elaborates, “In our world of instant gratification, it’s important to remember to slow down – sometimes the best rewards are a product of patience.”
P R E S S
“Givers & Takers is a soulful indie rock group formed in Santa Barbara, CA in 2010. Their music is transformative and borderline psychedelic as their songs have a tendency to build and change several times throughout. It keeps their style refreshing and unique.
‘Start the Morning’ is the song that introduced me to this four-piece band. It struck me swift and quickly, before the song was over, I was on their website looking for more.”
-Peter Andrews, Indie Shuffle
“You often hear the words “ambient,” “eclectic” and “psychedelia” tossed around in the alternative rock and pop scene. Rarely are they associated with the groovy and smooth sounds of soul and the “deep south” rhythms of the blues. But, Givers & Takers may just be that exception.
Their experimental nature, galvanizing lyricism, and impressive dynamic range combined with their relaxed vibe as a band, gives us listeners a pretty exciting look at what’s to come. The ever growing volume of studio recordings, live videos, and songwriting continues to expand their dynamic and deep sonic spectrum.”
-Filma Gebrezgher, The Indie Sound
“With each new track we hear, we are shown how great the range and breadth of talent is with Givers & Takers. They truly are a hidden gem currently in today’s music landscape. Even though they didn’t win NPR’s Tiny Desk Contest, hopefully some people took notice because this band needs to be more well known.”
-Wendy Redden, The Revue
“Their music is both familiar and foreign. There are hints of authentic soul, blues, rock and R&B mixed with current versions of the aforementioned musical genres. The ability to take something familiar and reinvent, is what makes Givers & Takers’ music unique and fresh but also recognizable and friendly on the ears and soul.”
-Deann Snyder, Music for Lunch
Additional Credits:
AXS, Hype Machine, Relix Magazine, Buzzbands.LA, The Music Ninja, Northern Transmissions, Caveman Circus
FACEBOOK   INSTAGRAM    TWITTER    WEBSITE
https://soundcloud.com/giversandtakers/start-the-morning
https://soundcloud.com/giversandtakers/take-your-time