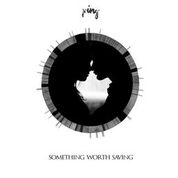 Ping – ‘Something Worth Saving’

Something Worth Saving is the first single from Dublin singer Ping aka Ingrid Madsen.

Whilst the name might be new to people, her voice certainly won’t be. Not long after being a contestant on The Voice of Ireland, Ping was asked to join the Dublin Philharmonic Orchestra on a sold out 10 week tour of the USA on their “Women of Ireland” project. Since then she has been performing constantly throughout Ireland enhancing her reputation as one of Ireland’s finest vocalists.

Written by Picture House songwriter Dave Browne with Lasse Anderson and recorded between Dublin and Sweden by Adam Kviman (Eagle Eye Cherry, Jewel, The Wannadies et al) the track will be released via PHRC on November 25th.