Greg Clifford New Single Release ‘Burn Me, Break Me and Build Me Up’ Monday 20th May 2019

GREG CLIFFORD releases his new single ‘BURN ME, BREAK ME & BUILD ME UP’

Fresh, summer vibes coming from this new track by Greg.  Away from his comfort zone of alternative, instrumental short stories as per his 2017 album release Quodlibet, this radio-friendly offering of indie pop-rock is a welcome venture.  Greg is also a burgeoning video producer as recognised on his fly on the wall, music industry documentary ‘Back to Basics’ released last year.  Based on himself and 2 fellow singer-songwriters Barry Jay Hughes and Ian N. Brennan, they positively journaled the reality of an everyday professional musician, making their way in the independent music scene. Greg to me is a perceptive songwriter and uses this strength on the composition, alongside the sincere, me-time video interpretation of the track.  All info and socials as per Greg Clifford detailed below including the single release launch in The Cobblestone, Smithfield, Dublin, Saturday June 15th.

Following on from his 2017 LP entitled ‘Quodlibet’ and single ‘It’s Too Late’ (2018), Clifford
offers up an anthemic summer song in the form of ‘Burn Me, Break Me & Build Me Up’.
Comfortable in an array of styles and genres, Clifford shelves his classical and experimental
musical tendencies in favour of out and out synth driven indie alt-pop rock. The track,
engineered by Ian Flynn of Workhouse (recorded in Musicland Studios London), makes a virtue
of retro effects such as chorus and slap-back guitars, reminiscent of The Smiths and The
Cure.
Clifford explains that a John Donne sonnet entitled “Batter my heart, three-person’d God”
inspired the semi-autobiographical song:
‘I studied the poem a number of years ago in school. It resonated and lingered in my mind. I
always found myself drawn to the line ‘break, blow, burn, and make me new’. Although a
vicious, volatile image the overriding outcome is positive. The protagonist is so desperate for
change that he longs to be broken down and remolded. For me, through honesty and
objectivity one can reshape themselves using the preexisting components to find a stable place
of contentedness… We have the capacity to change at all times… to emerge as new, or like
new, like a phoenix rising from the ashes’.
The video, directed, shot and edited by Greg and his father Dave, (CLIFFORD CLIFFORD
Productions), is an abstract representation of the subject matter, which conveys ones journey
into self-improvement.
Clifford plays The Cobblestone (Smithfield, Dublin 7) Saturday 15th June to mark the release of
his latest offering. Doors are 9pm and entry is €6. Tickets are available to purchase on
eventbrite.com. 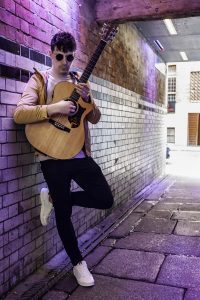