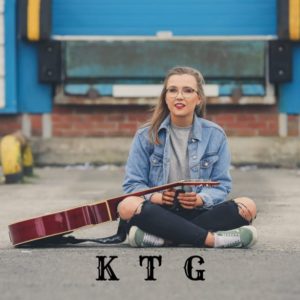 KTG has steadily become a rising star to acknowledge over the last 3 years of her emerging music career.  Hailing from Ballymahon in Co. Longford, she is proving her sturdy resolve as a force to be reckoned with on the independent music scene.  From headlining solo gigs in her own right to supporting Cork’s very own folk stalwart Mick Flannery.  Under the banner of contemporary folk-pop she also displays many other genres that influence her song writing.

She has been described as a very mature lyricist and melody maker, keenly noted on Man On A Mission, Catch Me If You Can, Need, Let Me Know, Aphra’s Song, Blue and Home Farm to name but a few.  Her words are uniquely inspired, like previous contributions from heroic craftswomen Joni Mitchell and Carole King.  Her airs carry elements of Suzanne Vega and Wallis Bird combining warmth, drive and humour into every chord she delivers from her infamous red guitar.  She’s very perceptive with her audiences and improvises during her gigs to please any set of ears.

KTG embarked on her first nationwide tour in 2018 with her Man on a Mission single release, performing in reputable venues such as Roisin Dubh in Galway, Harbour Bar Live Lounge in Bray and Tricky’s McGarrigles Sligo.

“To me, Katie has great potential.  She writes very well, sings beautifully and is a very sweet person.” Mick Flannery Nov 2017

“We close with a singer-songwriter I’ve heard many plaudits of over the last 12 months, and was curious to hear recorded, Katie Gallagher‘s ‘Man On A Mission‘ was released just yesterday and it’s quite an ambitious mixture. Gallagher swoops relentlessly across the track’s almost 4 minutes, from film score to jazz club moods via piano, her warm, assertive yet soothing voice, there’s a lot happening, and it leaves a positive mark.”  Remy – thebestofmusicandfilmblogspot.com 24/02/18

“KTG, of Ballymahon in Longford, has a mature and understated vocal style that lets the powerful lyrics speak for themselves.  Her live performances showcase her magnetic and friendly demeanour while including some choice covers alongside her growing back catalogue to let her personality shine.”  Adrian Lyons Galway Sounds –  thisisgalway.ie 20/03/19 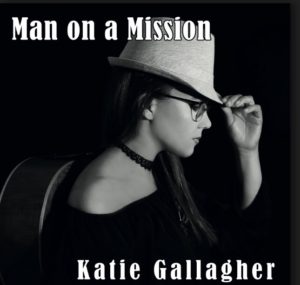 KTG talking about Man on a Mission:

“This is a devious song but it also has elements of fun and mischief.  It simply tells the story of a typical ‘lad’ that everyone meets on a night out. I felt a strong Latin vibe with the melody which has even shown me a different side to my writing. It’s an energetic song that everyone can dance to and it has always been well received at my gigs.”

KTG is proud to be releasing new singles very soon from her upcoming debut album Searching For Magpies due out in September 2019.

She has been performing these tracks as part of her live sets recently. The audience feedback has provided a very significant boost to her already rising profile. She is collaborating with Dublin based musicians Rohan Healy, Al Quiff and David Virgin of Beardfire Production Studio on the album.

Venues KTG has performed in:

Festivals KTG has performed at:

Battle for the Lake – Achill Island

‘Sessions’ KTG has performed at:

The Declan Sessions – VT recording in Declan the campervan

Radio Stations she has featured on:

Currently a final year student in The School of Music and Theology DCU, Katie balances her love of teaching and working with children, alongside the demands of a present day professional musician.  Her live performances throughout her tenure in DCU have been very important in building her online presence and musical profile to large audiences on a regular basis.  She has been selected as the headline act on many occasions in the Helix theatre and Mahony Hall, for scholarship ceremonies and international conferences, performing to over 1000 people at each event.

Katie is as innovative and driven as ever as she proceeds to run her own school of music and drama in her native Ballymahon and pursue her professional music career.

Get Your Story Straight (original) 15K

Man on a Mission – The Declan Sessions (original) 5.3K

You Tube viewing figures as per May 2019:

Man on a Mission unplugged (original) 658

As her manager and mentor, I’ve had the privilege of attending her gigs over the past two years and to say that she has raised the bar on each occasion would be an understatement. I can visualise the performing artist that she wants to be and I’ll never tire of watching and listening to her, in her most humble abode that is a live stage. She is an intuitive character and she performs so honestly and passionately, whilst growing into an outstanding live acoustic musician in the process. This appeal as a live performer has become her forte.  From the delivery of her own back catalogue mixed with a few invited covers, reflects her magnetic personality and musicianship.

KTG has an innate quality of making an intimate space feel bigger and she is both a charismatic and engaging entertainer. 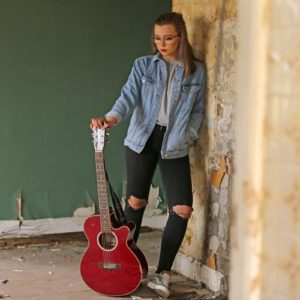